There is a new trend lately regarding how to paint our home. In particular, there is a “fifth wall” which we are not used to take into consideration: the ceiling.

With color the ceiling can go from being a simple and aseptic surface to becoming instead an important protagonist of a room.

In addition to decorating and adding color to a room, the ceiling when painted in dark colors can also change the perception of a space.

Painting the ceiling in a dark color is a simple trick to resize the height of the room and compensate for its proportional defects. In fact, the dark color visually lowers the ceiling and consequently widens the perimeter.

So it is a perfect solution for narrow rooms with a very high ceiling. The high ceiling if painted white, in fact, makes the environment look even narrower. If we paint it dark it will make the room appear larger.

But painting the ceiling in dark hue is an excellent trick even for very large rooms with very high ceilings. The dark ceiling resizes the room and above all it makes it cozier.

Furthermore, if the ceiling has plaster decorations, the color (dark or light and soft) manages to enhance the patterns and the 3D effect which are instead camouflaged with white. 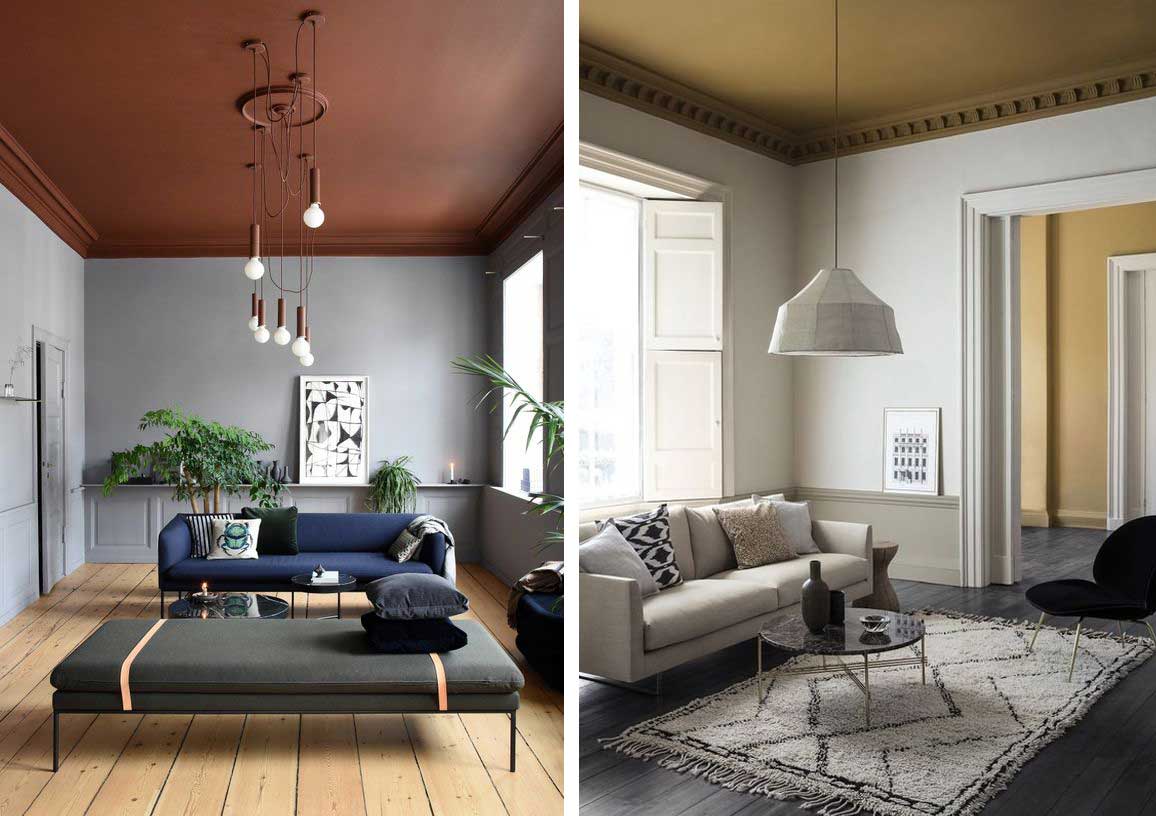 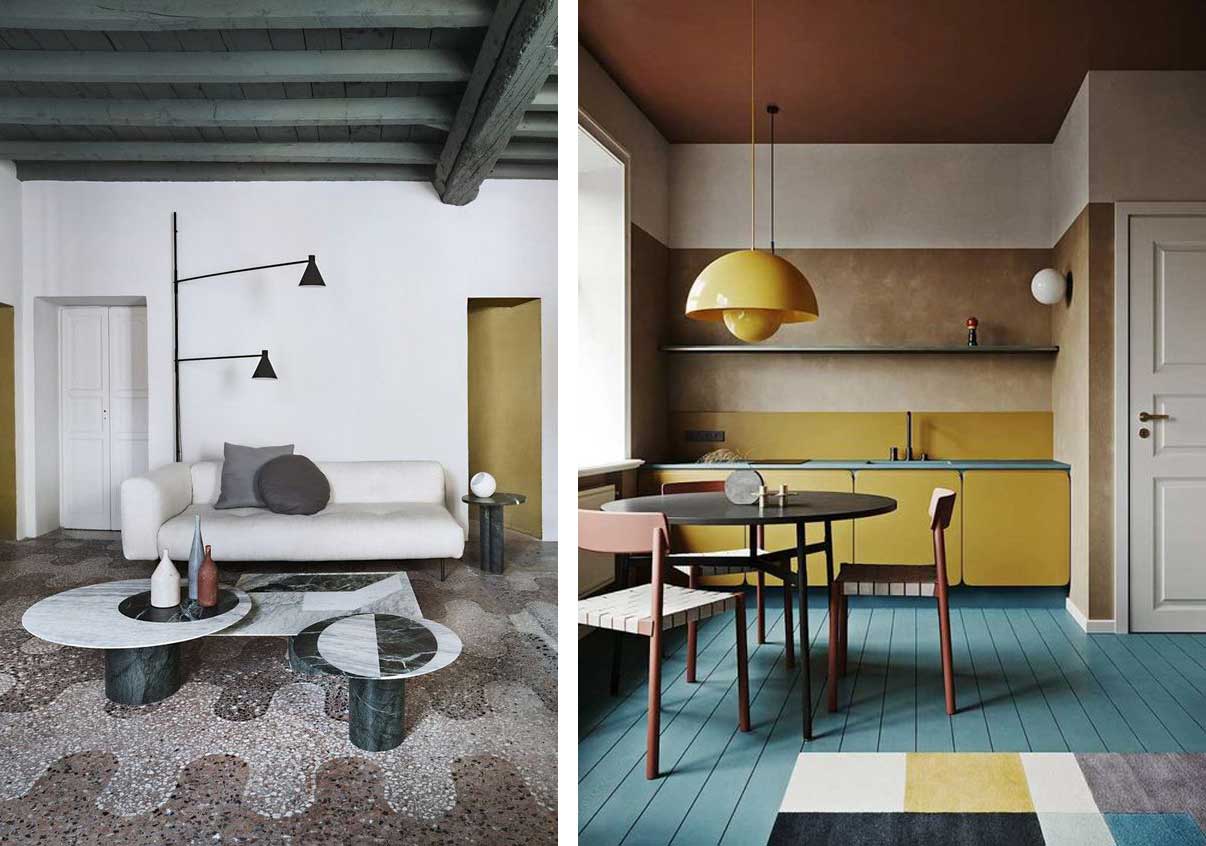 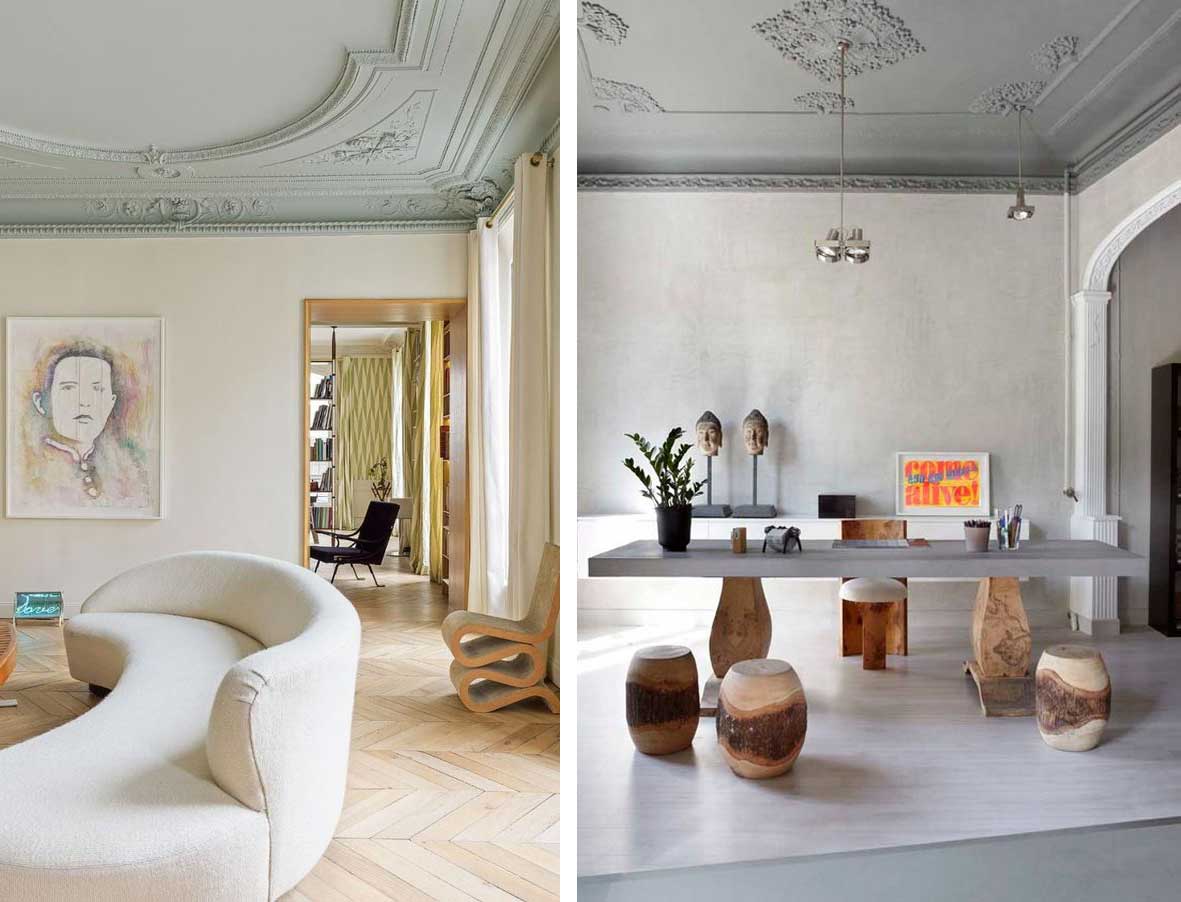 Another nice solution is to also paint a perimeter strip of the same color as the ceiling: the “cap” effect makes the room very cozy and therefore is a perfect idea for example for the bedroom. 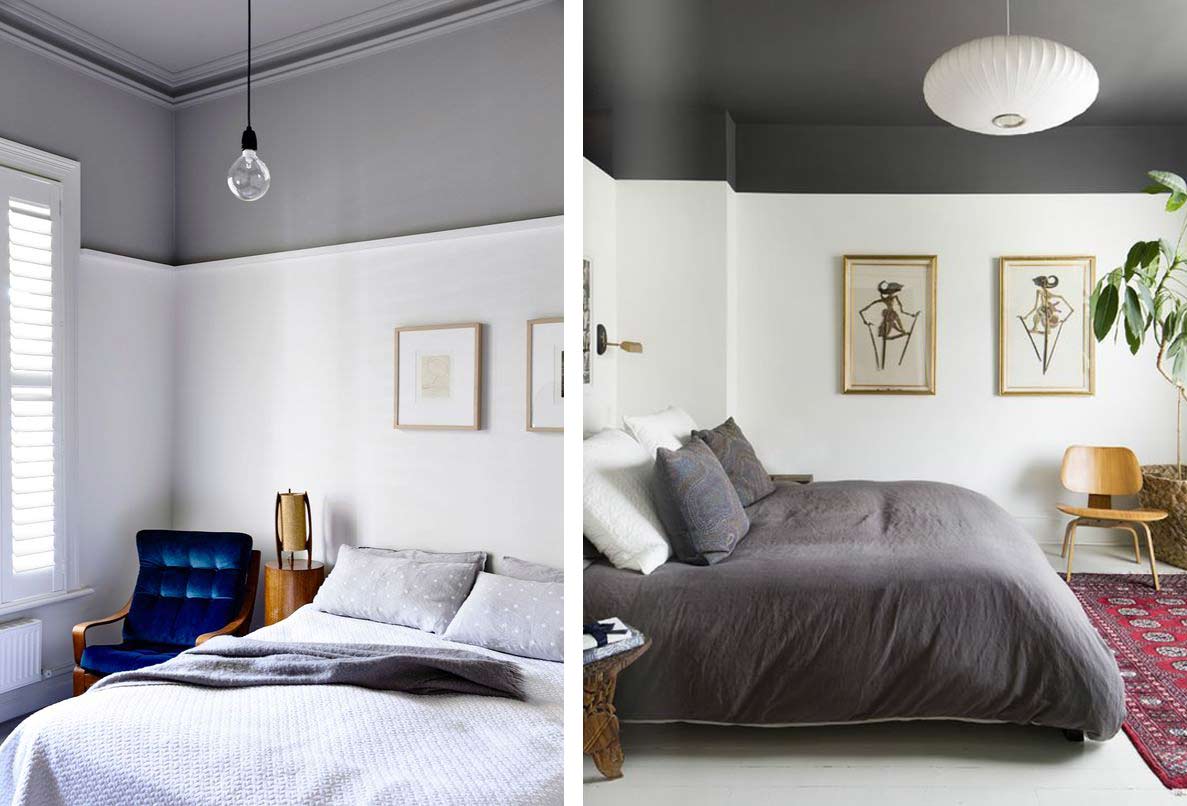 Painting the ceiling and also a portion of the wall is an excellent trick to create a visual separation between two spaces, for example in an open space you can “separate” the living room to the dining area.

But it is also a nice way to enhance small passage rooms or hallways. 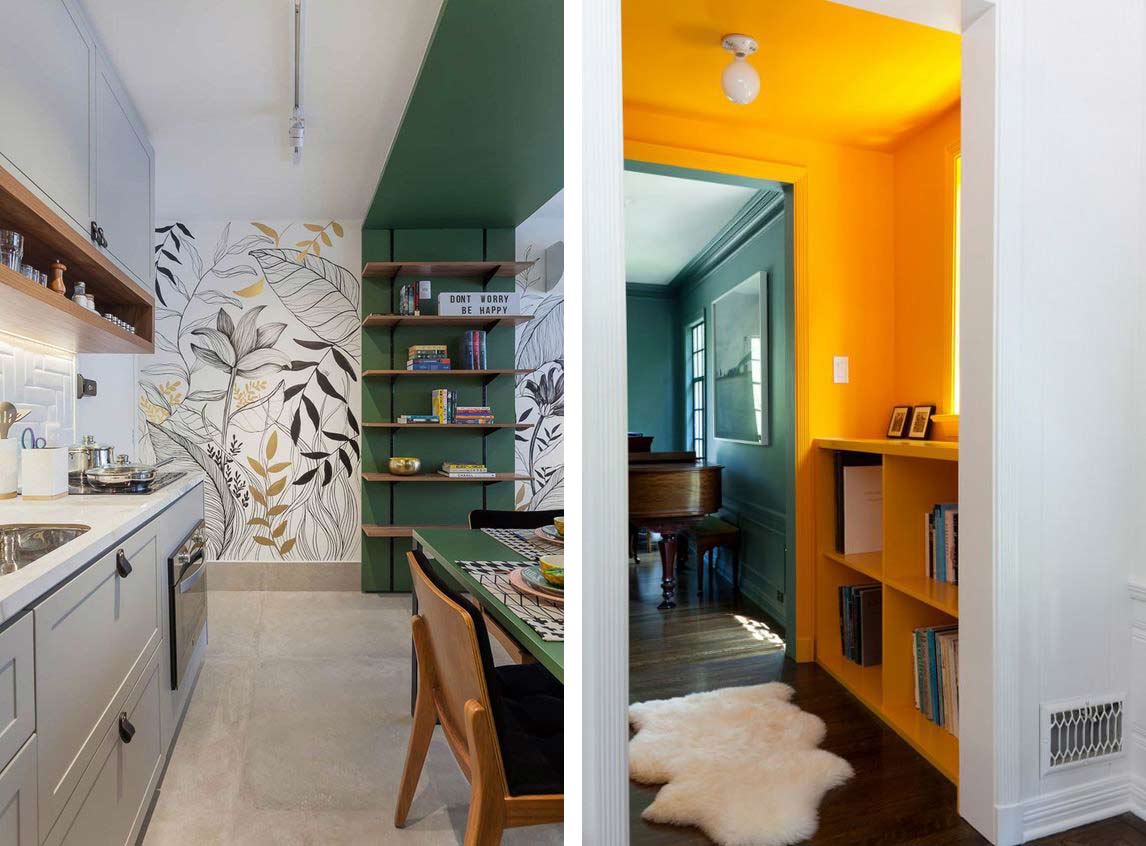 The same color theory can be applied also for narrow and long bathrooms. I really like the idea of painting the ceiling and walls of the same color, it creates a “box” effect that gives and intimate look to the space. 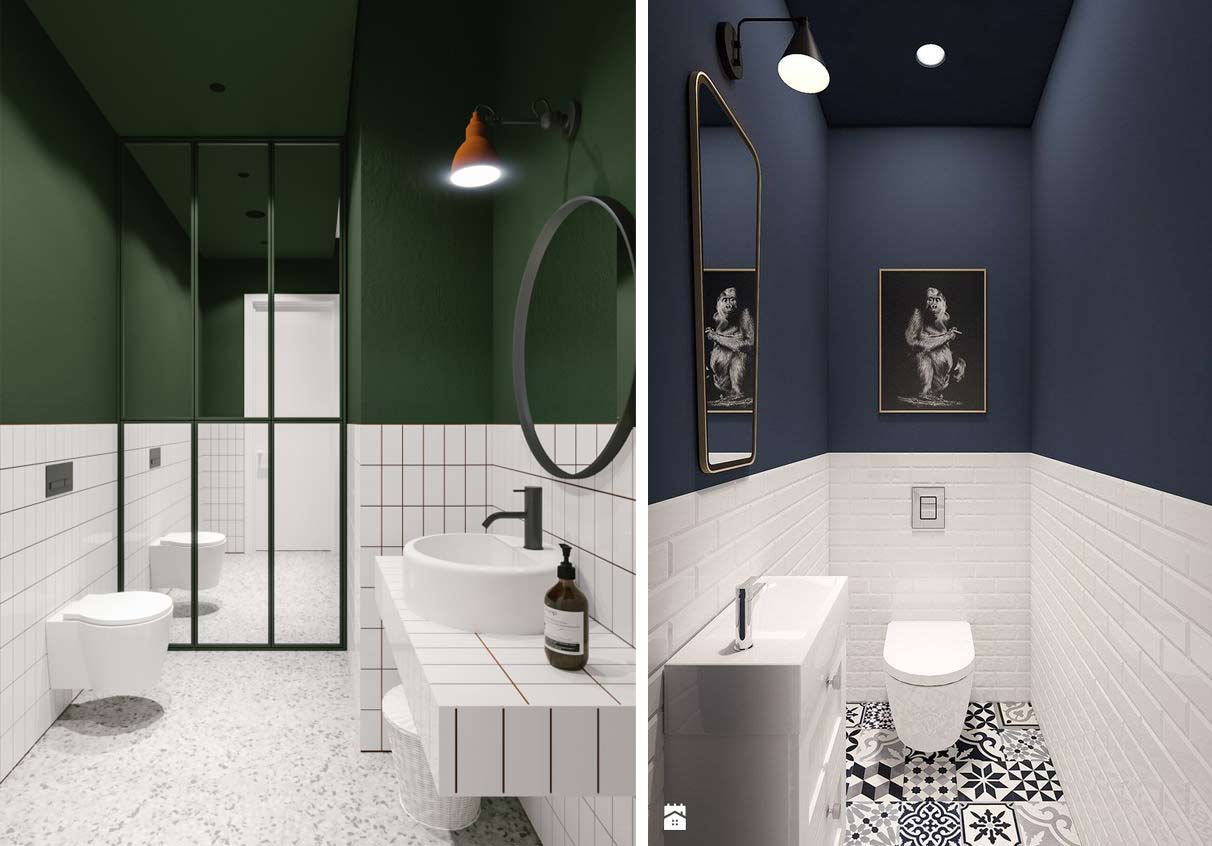 Finally, in the case of very long corridor, it can be useful to color with the same hue the ceiling and the back wall: for an optical effect, the corridor will look much shorter. 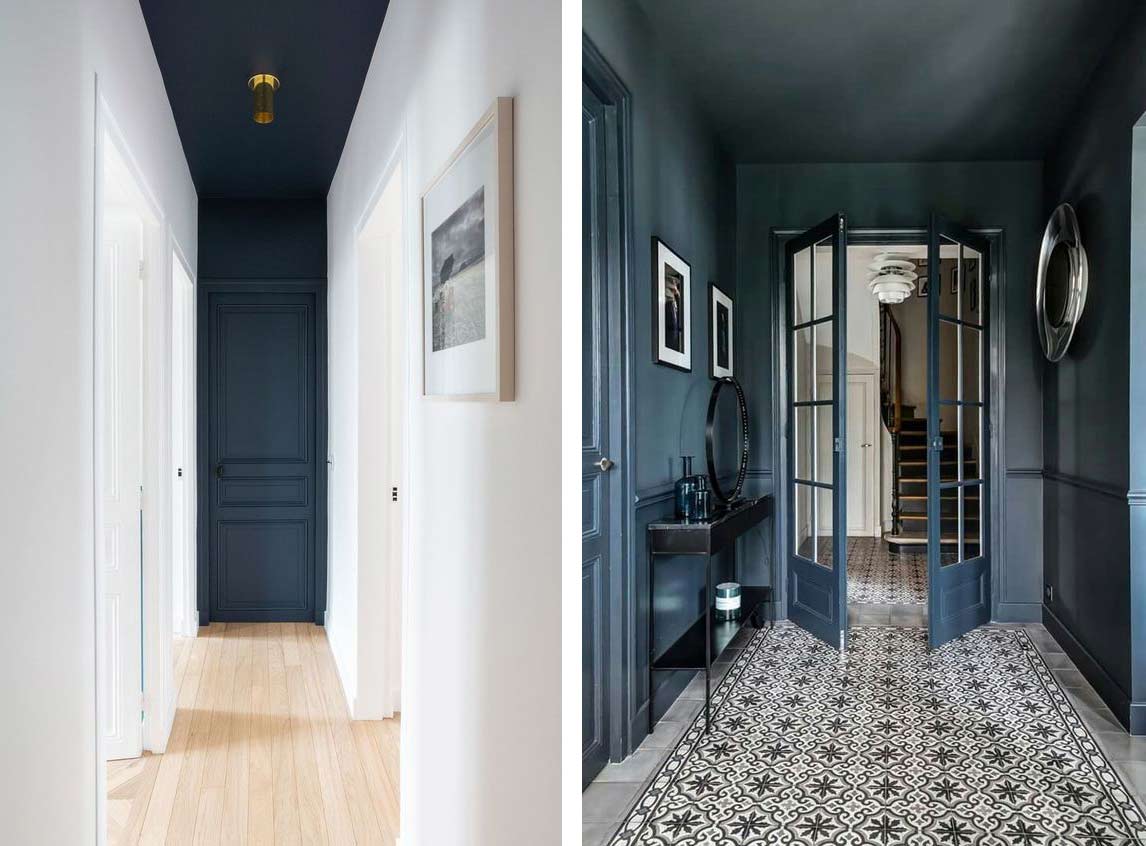 The Audo, the new concept space designed by Menu and Norm Architects.
Faina house – a showcase of the brand’s ancestral design