Last May I visit Lanzarote for few days and fell in love with this island.

Lanzarote is the most northeastern island of the Spanish Canary archipelago, the fourth largest and the third most populous. You’ll love the lunar landscapes and the black color of its land covered with volcanic ash.

Lanzarote has in fact 300 volcanic cones and the big eruptions that took place between 1730 and 1736 gave the island the appearance it has today, with entire areas of the island covered with lava and the characteristic black color of its land. Lanzarote is also known for its beautiful beaches, such as the Papagayo beach or, for surfers, the Playa Famara.

Compared to other Canary Islands, Lanzarote has managed to maintain its soul and preserve its beauty, thanks also to a planning regulation that has avoided the building speculation which has unfortunately affected other islands of the archipelago. César Manrique, a name to which the island will forever be linked, had a fundamental influence on the attention and sensitivity that the islanders have for the protection of the environment.

César Manrique (1919 – 1992) was a painter, sculptor, architect and visionary artist born in Lanzarote. He moved to Madrid to study, spent years traveling the world to exhibit his works and lived in New York in the 1960s. A few years later, however, he decided to return in Lanzarote and settle there definitively.

In these years, in addition to numerous artistic works, he gave life to visionary architectural projects where there is a respectful dialogue and integration between the buildings and the nature. His works show the love that the artist felt for his island and its nature. For his attention to the environment, in 1978 he was awarded with the World Award for Ecology and Tourism.

“For me, it was the most beautiful place on Earth. And I realized that if they had been able to see it through my eyes, they would have thought the same. Since then I decided to show the beauty of Lanzarote to the world“ (César Manrique)

You cannot therefore go to Lanzarote and do not visit the most representative works of César Manrique.

The César Manrique Foundation is located in the village of Tahiche, in the house known as Taro de Tahíche. Today transformed into a foundation, where it is possible to see paint and sculptures of Manrique, this has been Manrique’s personal home for many years. It’s a must see because the house was built over a lava flow, a place that looks inhospitable but that the artist has managed to transform into a magical place. The rooms on the lower floor are in fact built inside five natural volcanic bubbles created by gases during volcanic eruptions. There is also a garden with a beautiful swimming pool. A true example of how to integrate architecture and nature and of the artist’s style. 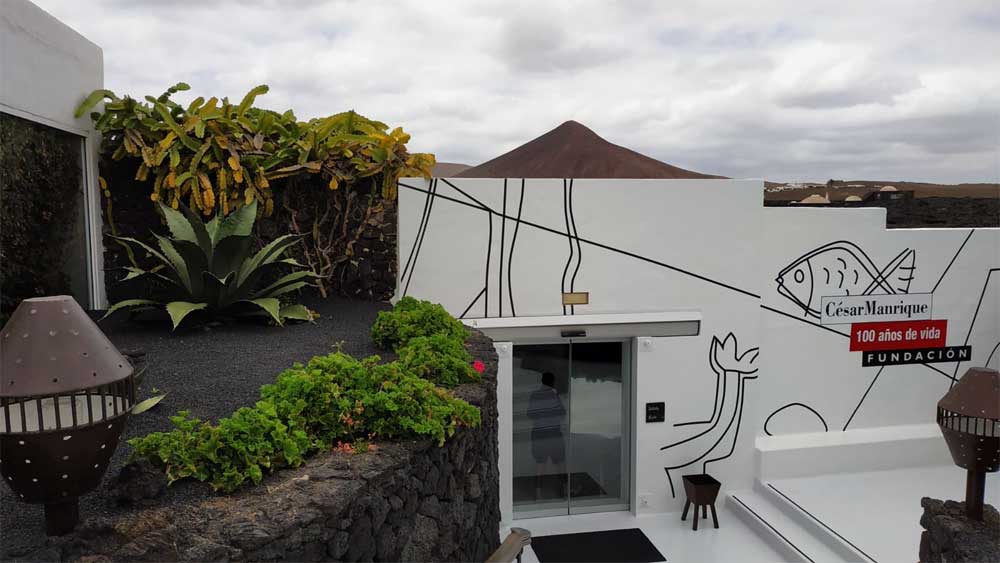 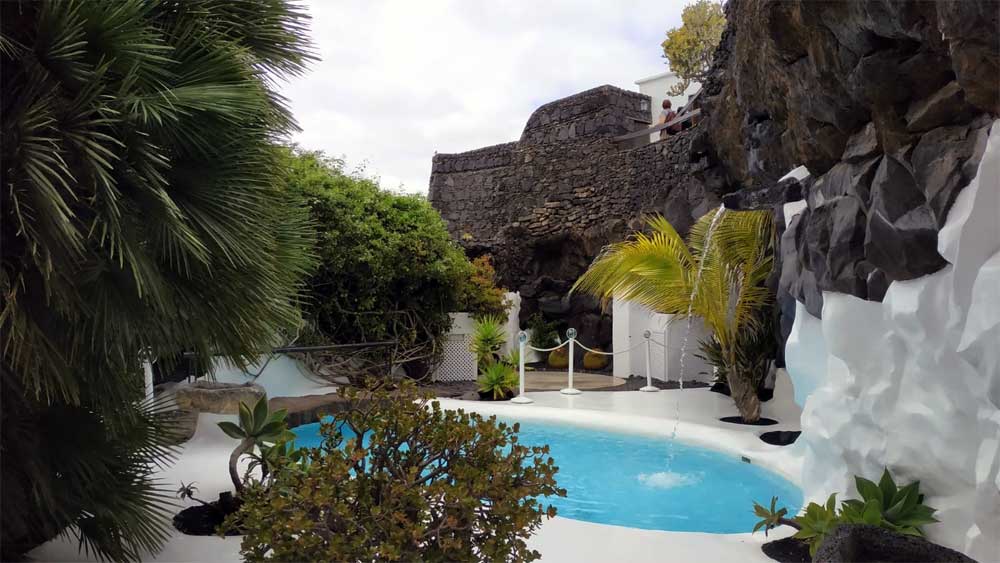 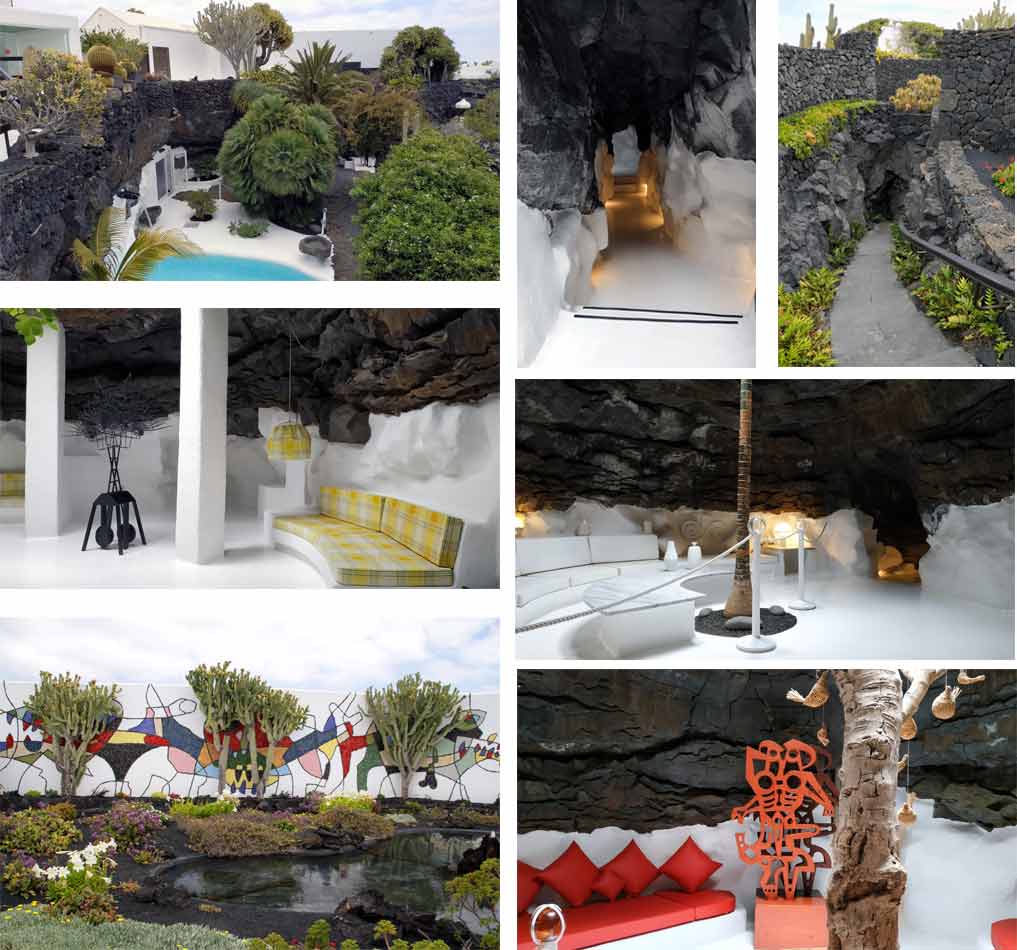 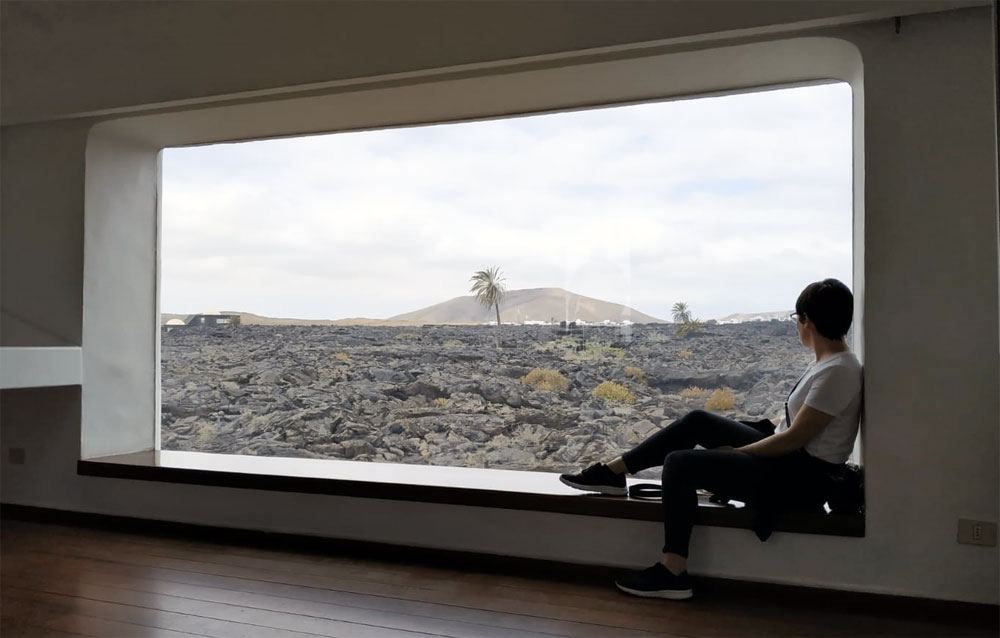 The Museum of the Home of César Manrique is located in the village of Haria and it is the last home where the artist lived. It is a traditional house that Manrique has renovated, transforming it into a charming home. The house remained exactly as the artist left it and is still full of all its furniture, objects, photos and books. You can also visit his studio. It is not possible to take pictures inside the house so I can only show you the photo of the garden.

The Mirador del Rio is one of the most fascinating places on the island, from here you can admire an incredible panorama. This viewpoint is located at the north end of the island (in front you will see the Isla Graciosa) at an altitude of 500 meters. Here César Manrique designed his Mirador, a bar/restaurant and belvedere in which he managed to enhance the beauty of the place. It is certainly one of his most representative works. 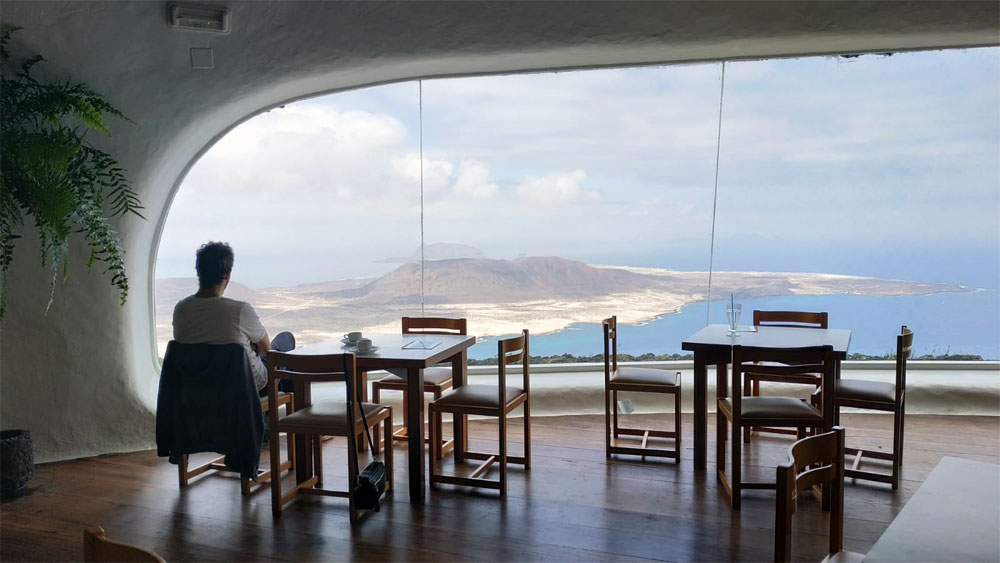 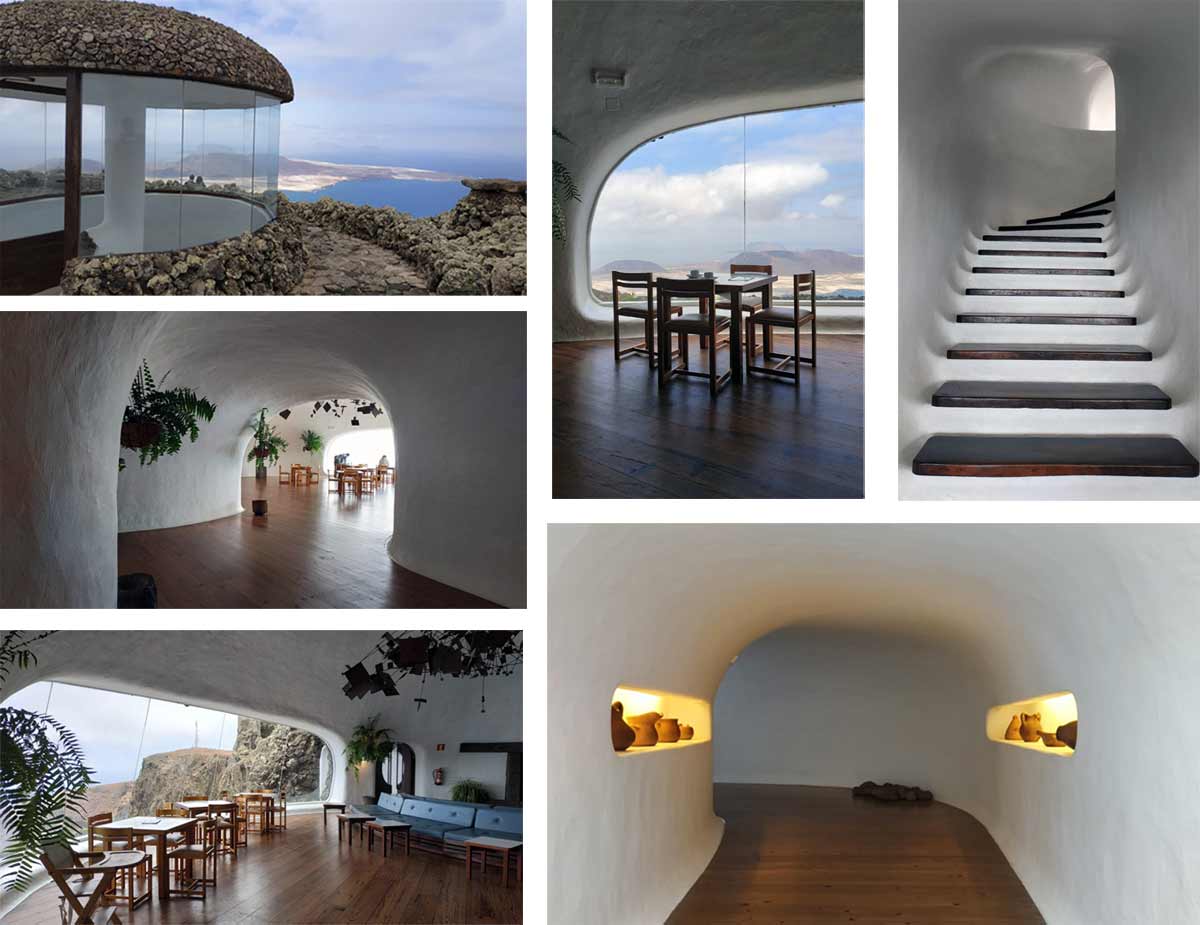 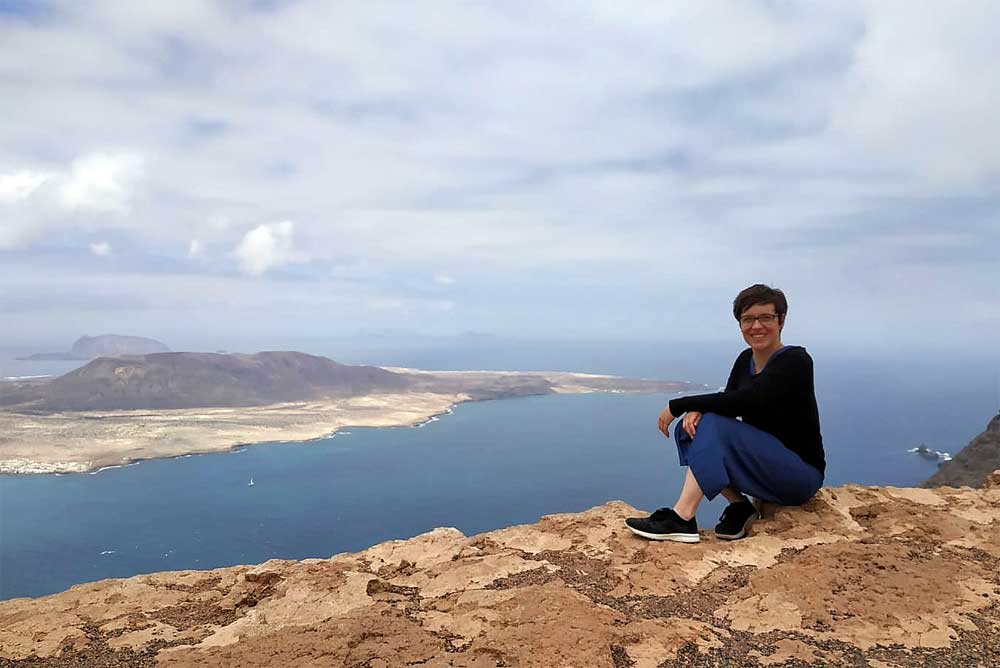 The Cactus Garden was created by César Manrique with the help of the botanist Estanislao González Ferrer in 1991 and it is the artist’s latest work. It is a garden where about 4,500 specimens of 450 different species of cactus and succulents from various countries of the world are grown. The garden was built inside a former quarry where volcanic ash was extracted and used in the cultivation of Prickly Pears (the ashes are spread on the ground to retain humidity). It is built on steps/terraces and perfectly recreates the shape of an amphitheater. At the highest point there is a restored windmill. 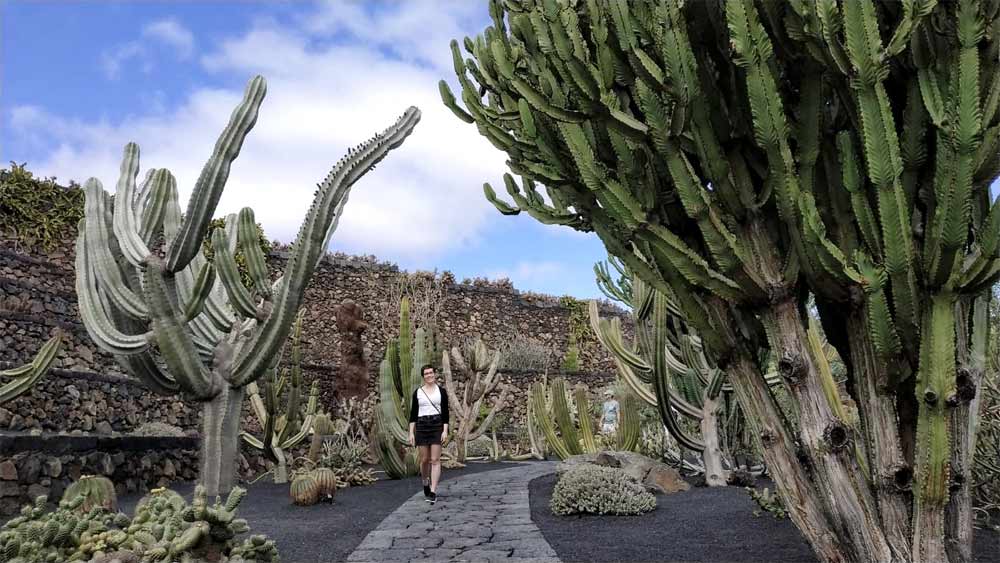 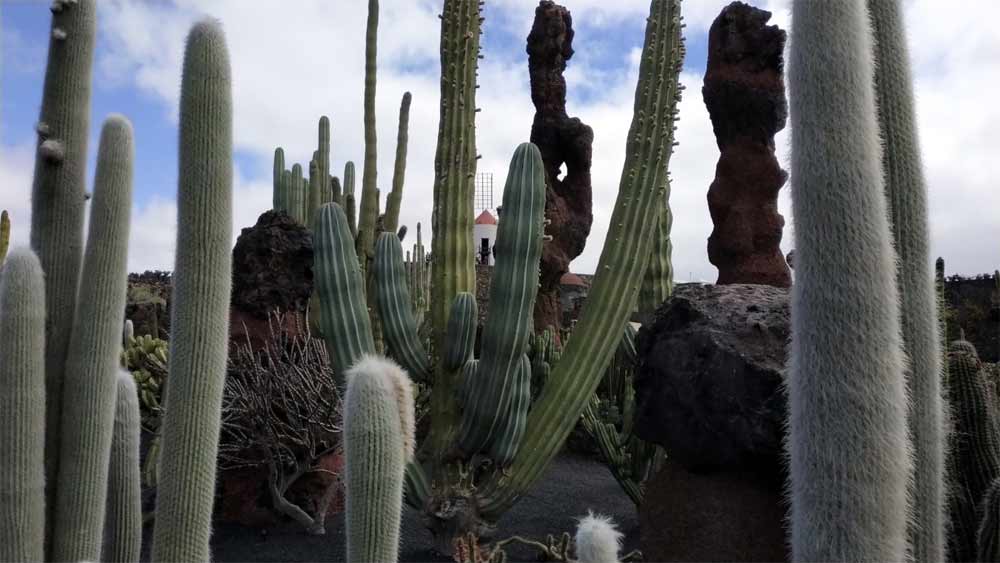 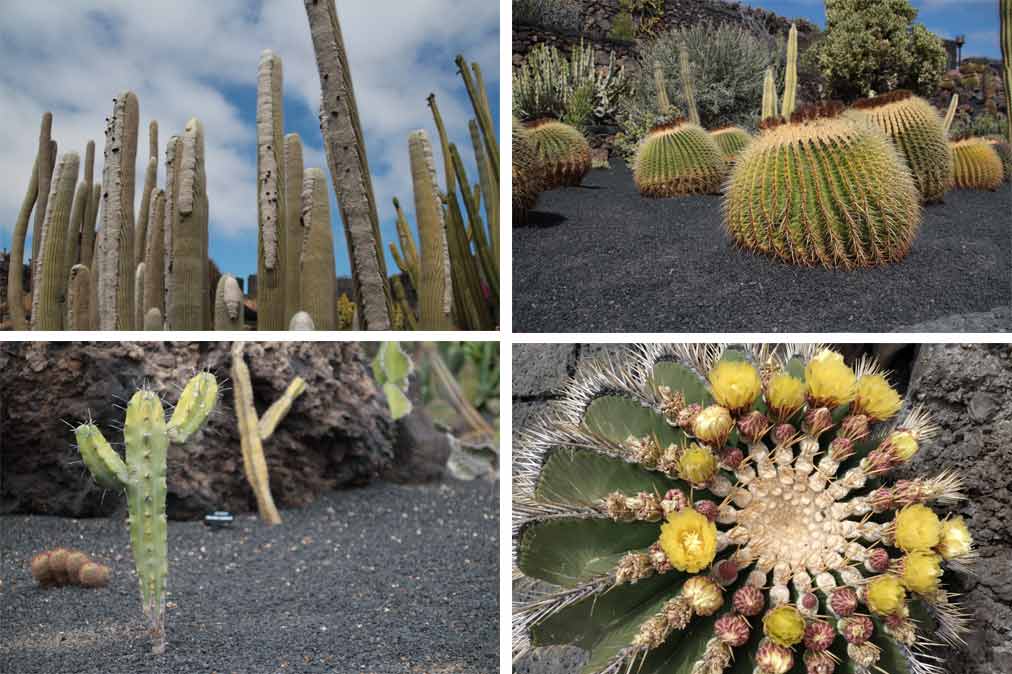 It is another magical places created by César Manrique and that you can’t miss. It is the first cultural and artistic center designed by the architect and it perfectly reflects its aesthetic of balance between art, man and nature. The artist has exploited a series of volcanic caves created by the passage of lava to create an auditorium, a museum, a bar and other common areas (including a beautiful swimming pool). In the first cave there is a natural salt lake in which a unique species of tiny albino crabs lives. 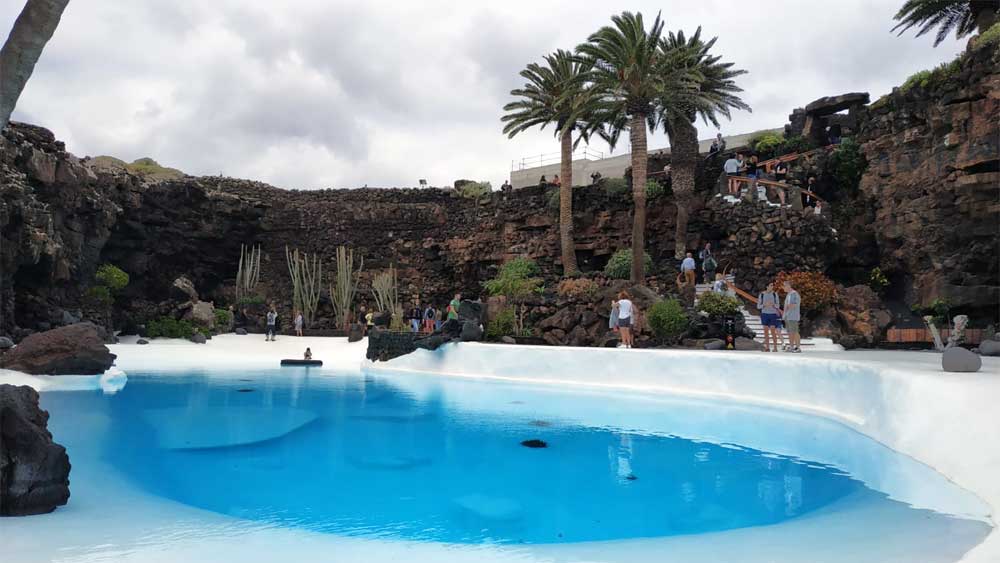 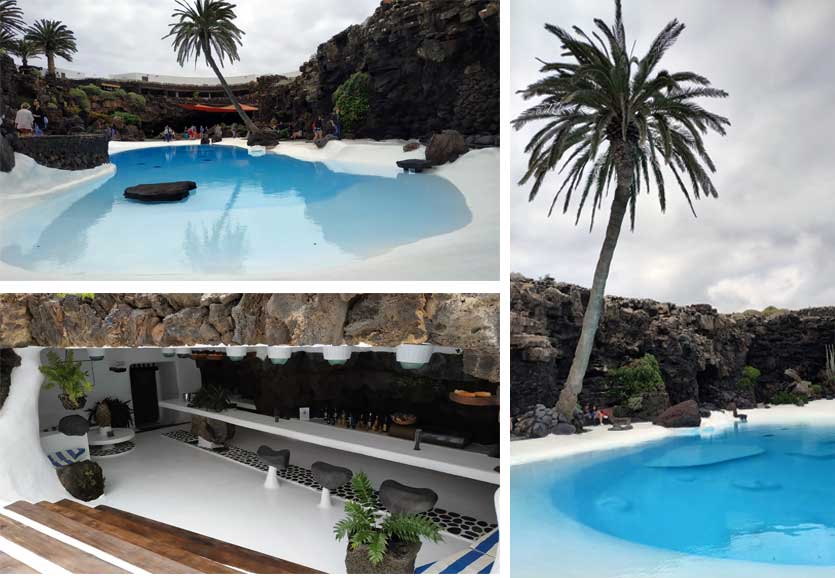 Inside the Timanfaya National Parque you can admire another incredible work by the artist. It is a restaurant (with a breathtaking view of the Fire Mountains) whose peculiarity is that it was built on a ground that, at a few centimeters depth, reaches temperatures around 140° C up to 400 ° C at 6 meters deep. Due to the high temperatures the restaurant was built using only metal, stone and crystal. Underground pipes allow the underlying heat to escape outwards, thus reducing the temperature below the structure. 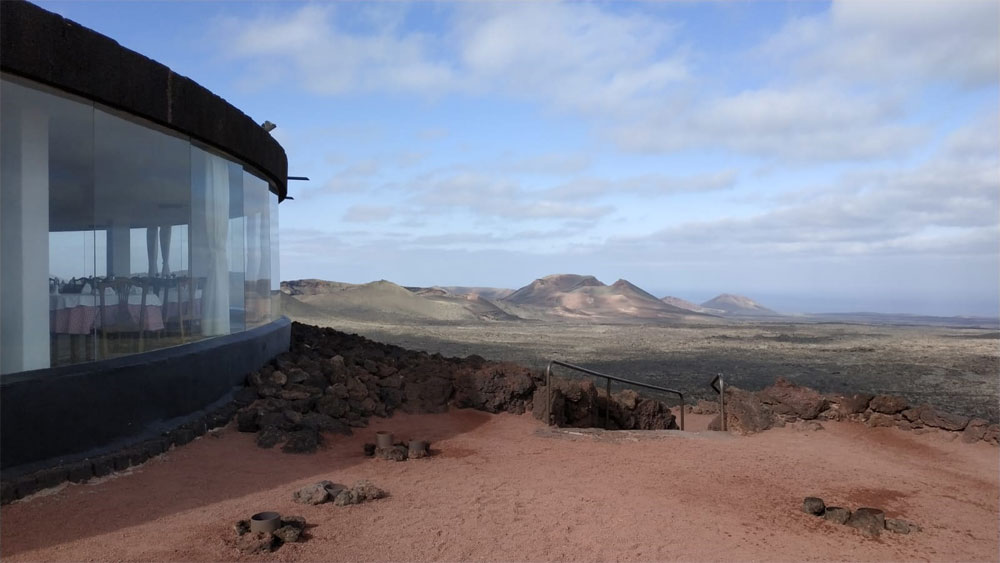 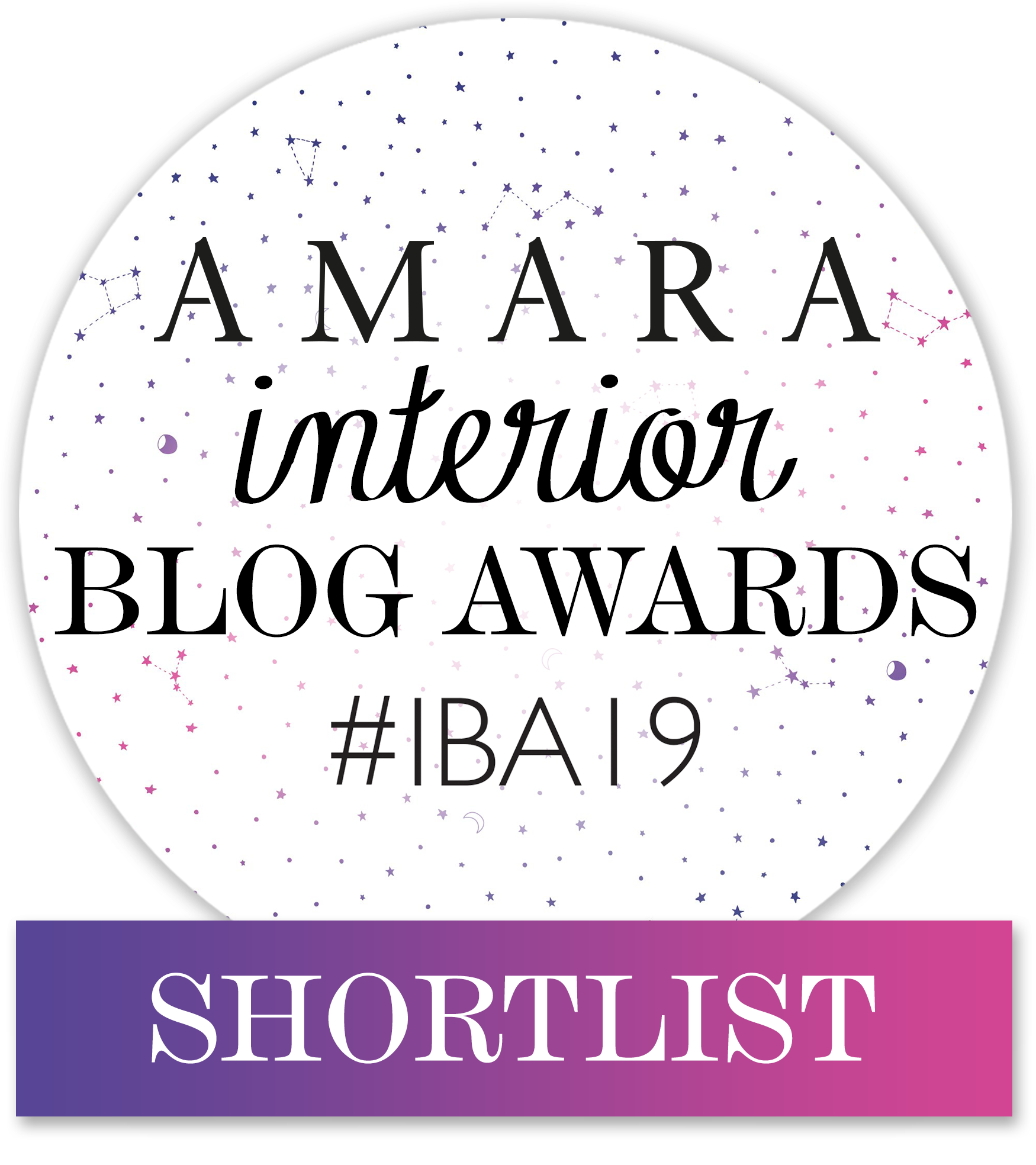 70's VIBES Preparatory study for a new project. In

Positive thinking is the best medicine. . No side