In today’s post I want to talk about one of the most important Italian female architect and designer of the 20th century : Cini Boeri, who recently passed away in her city, Milan.

Cini Boeri, born Maria Cristina Mariani Dameno, graduated from the Politecnico of Milan in 1951. A pupil of Gio Ponti, she began a long collaboration with Marco Zanuso and then started her own practice in 1963, working on civil architecture and industrial design projects. Several of her creations are now exhibited in museums and international exhibitions.

In her long career, she designed single-family houses, apartments, museum installations, offices, shops and furnishings in Italy and abroad. Her creative signature has always tended to favor the functionality of the project over its aesthetics.

Her commitment and talent led her to win various awards, including 2 Compassi d’oro – in 1979 for the Strips sofa (Arflex) and in 2011 the Compasso d’Oro for Lifetime Achievement.

And today, for this new appointment with the history of design, I’m talking about the Strips sofa. With this project, we can say that Cini Boeri has revolutionized the furniture sector and this modular sofa has made the history of the Arflex brand becoming an “evergreen” and a beloved best seller thanks to its versatility and practicality.

The sofa is in fact characterized by its modularity (it is available in various configurations – sofas, armchairs, beds or sofa beds) and by the padded cover that can be easily removed thanks to the hinges. The name Strips derives from this feature. 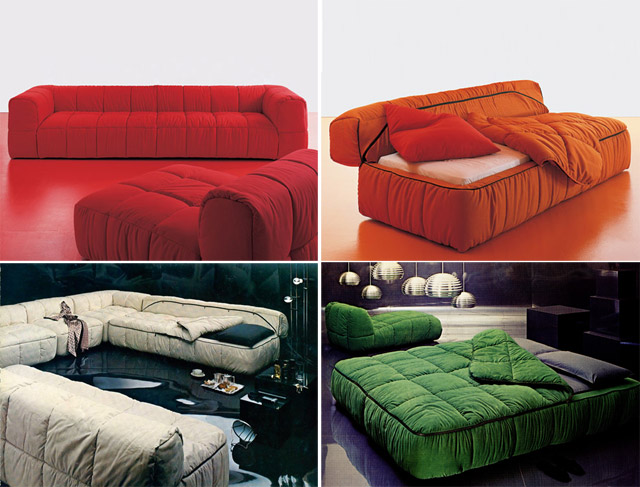 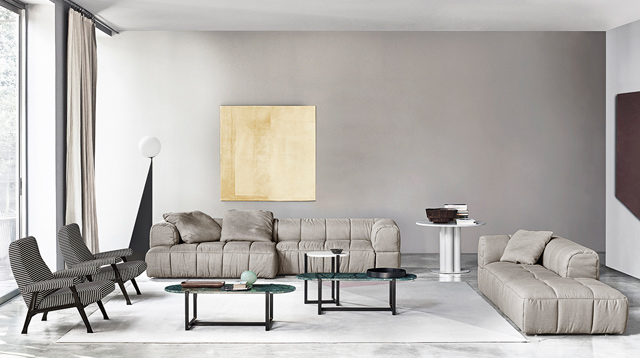 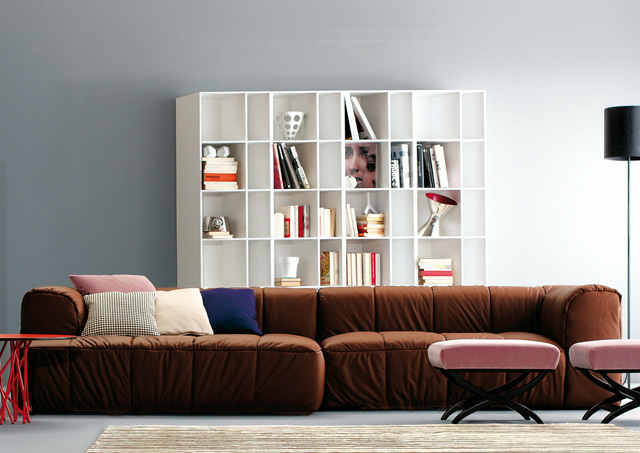 Cini Boeri has always tried to implement innovative ideas in order to improve the quality of life. This idea has been applied above all to the Strips bed, where the cover becomes an integral part of the bed: with a simple zipper, the cover can be used like a sleeping bag.

“It is used as a real shell that can be removed, washed, changed, put back on and closed with a zip like a dress over a polyurethane body,” wrote Cini Boeri in 1974. ” The bed  offers a faster use than usual, because the upper part can be opened like a sleeping bag, acting as a blanket and sheet. You open it, enter and close it, reopen and exit. Strips are necessary things, easy to use.” 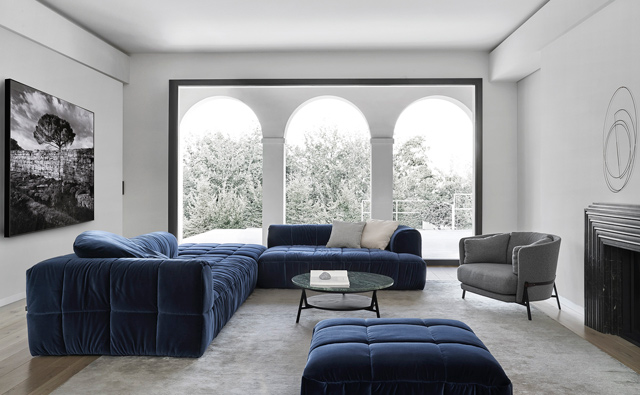 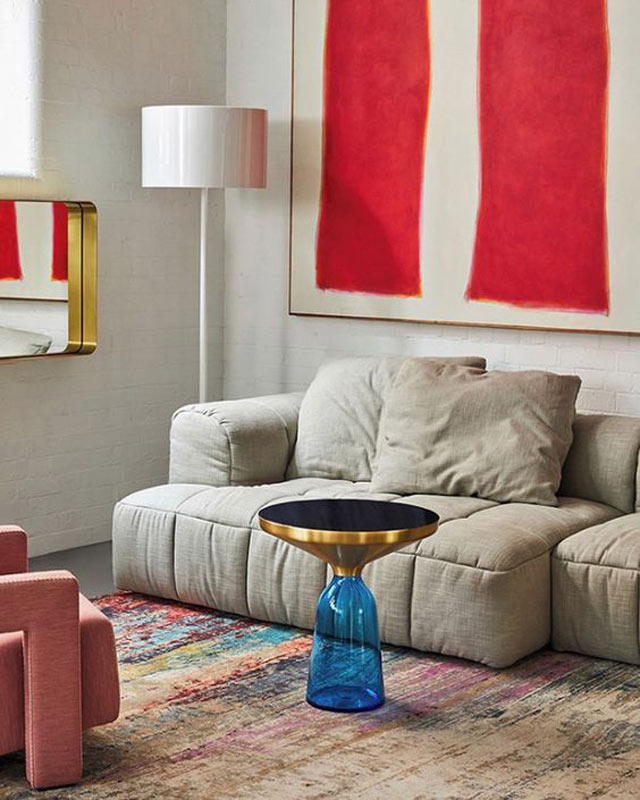 The success of the product is also due to the commitment of Arflex: an innovative furniture manufacturer, Cini Boeri found in Arflex a company interested in investing in a young, fresh product, which could interpret the renewal underway in the 1970s, both in the way of sitting, more and more informal, and in the aesthetics of the house. Arflex is certainly one of those “enlightened” companies that have been able to invest in research and believe in innovative projects, thus giving great impetus to the development of Italian design in the 60s and 70s.

From an interview released by Cini Boeri in 1972: “Arflex asked me to design a system easy to produce and sell. So I created a fun game that takes up a dress, using a foamed structure, and trying to bring back the softness of the old cushions feathers in the cover. A removable, washable and exchangeable dress. Hence a soft quilt “(…) (…)” What do you want me to tell you, these amazing Strips, designed in ’72 when we hoped to demystify the sofas, beds, armchairs, seen as wealth symbols, with these soft bundles (…) proposed and supported by Arflex, I must admit with great faith and good will .. . we had, over the years, an incredible success.” 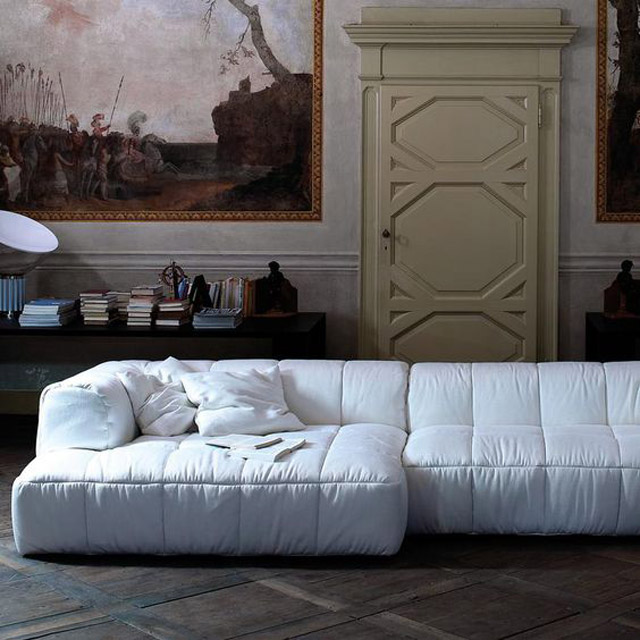 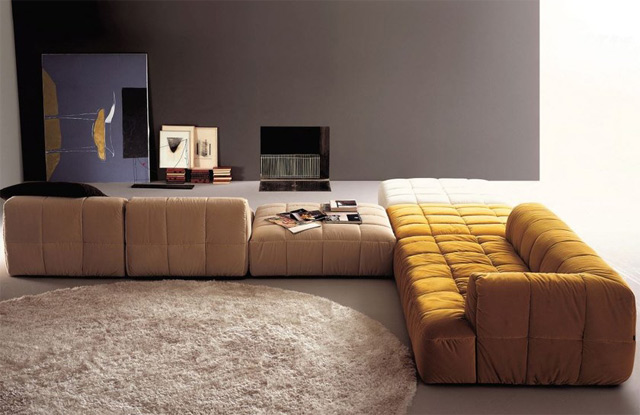 The project should initially have been called “Christo”, in fact it seems that the inspiration for the project came from the artist Christo (who also recently passed away) known for packing the monuments. At the beginning of the seventies, for example, he packed up the monument to Leonardo da Vinci in Piazza della Scala, in Milan. Hence the idea of ​​Cini Boeri to do the same for a new series of upholstered furniture. The first tests were made with an old quilt, wrapped with ropes, which in the final project correspond to the stitching of the squares of the upholstery.

With time and the close collaboration between the designer and the company, the product has evolved: the first versions had for example a low backrest, which was modified in 1975; The legs were then added and other small changes were made up to the latest version of 1986.

The Strips sofa has become an Arflex evergreen and is still in the collection. 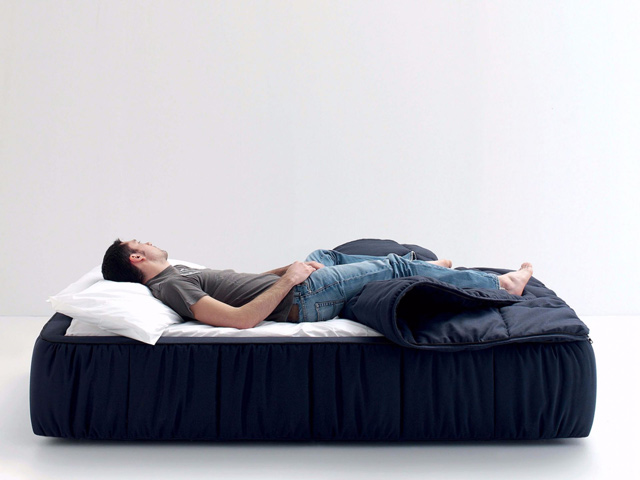 Beauty in simplicity. My Stelo vase, the minimalis

Long coffee break and finding a lot of inspiration

My project - furnishing and styling for a master b

The idea of this styling represents the suspended