cc-tapis has launched Gesture, a new collection of rugss that explores the gesture as the root of artistic expression.

I really love this new collection. cc-tapis involved five designers – Patricia Urquiola, Sabine Marcelis, Philippe Malouin, Mae Engelgeer and Yuri Himuro – who meditated on the meaning of gestures and studied how the simple movement of hands and tools can guide their creative process.

This also gives a new design value to simple gestures, such as a naive doodle or small household tasks. The look that catches a foamy stain of soap on the glass of a window has the same wonder as when it turns to the paint splashed on the canvases, and the signs on pristine walls that testify to the stealthy passage of pastels, can give origin to the creation of a masterpiece.

The results are beautiful and very different from each other: they range from delicate gradients inspired by the movement of the brush, to the imperfect assembly of spontaneous collages, up to the simple act of cutting a fabric.

Philippe Malouin explores the gesture in its most naive form: the apparently simple sign of a pastel. The designer was inspired by the irregular lines and the soft and inaccurate tones left by a wax crayon on a sheet of paper.

A particular wool coloring technique was used to make the yarn uneven. This technique made it possible to obtain the same imprecise effect as Malouin’s original designs. This irregularity makes each rug completely unique. 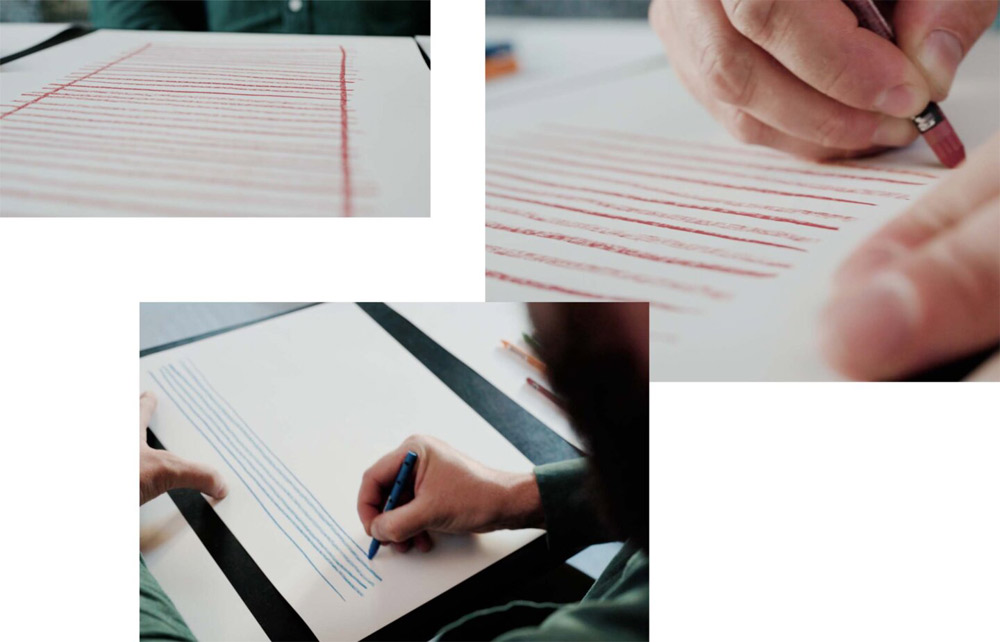 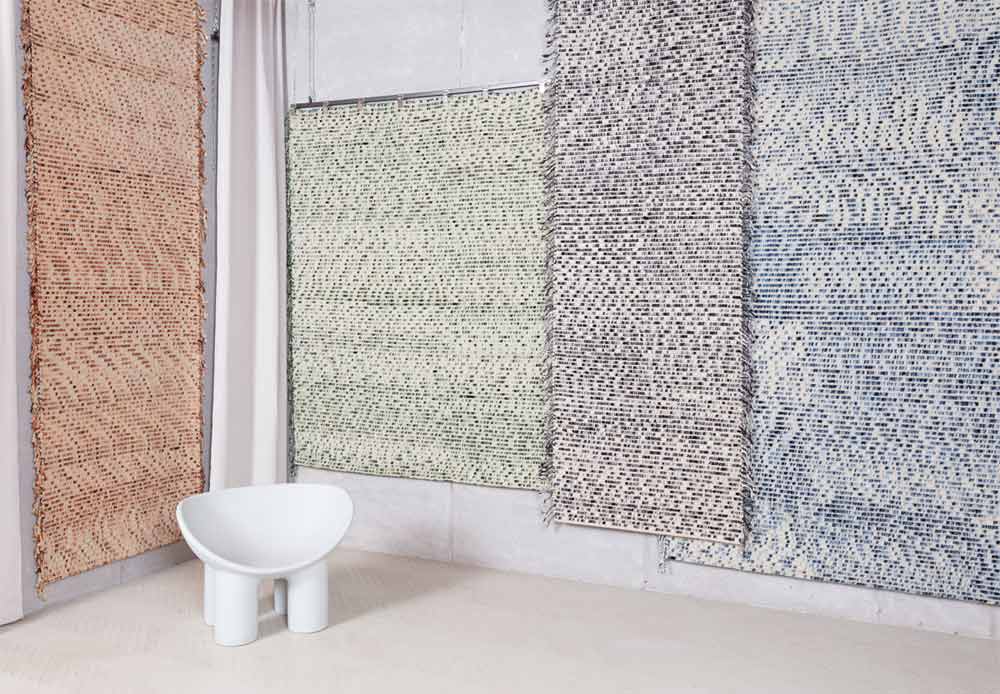 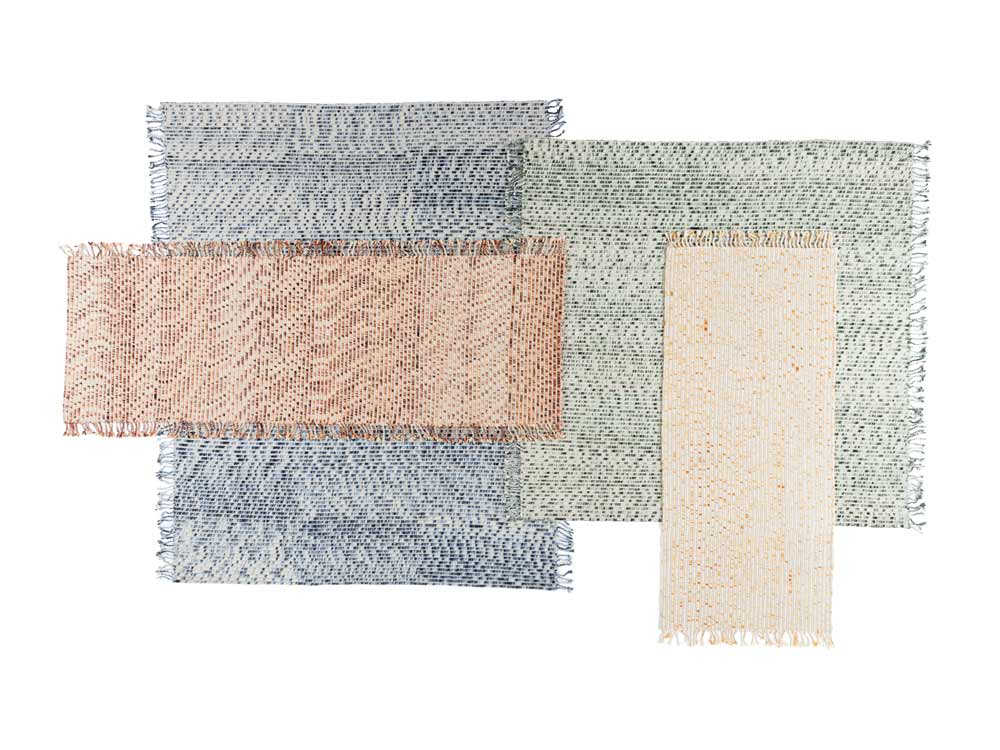 Patricia Urquiola uses the patchwork spontaneity of the collage and expresses the gesture of overlapping and assembles strips of green mint, lavender, taupe, burgundy and spotted technicolor fields. Layering them, the designer creates original graphic compositions: “I tried to emphasize the concept of spontaneity”.

Fundamental in the creative process of Urquiola is the use of leftover and recycled materials.. The spotted fields in technicolor are created using leftover silk and excess wool from the production of previous rugs. 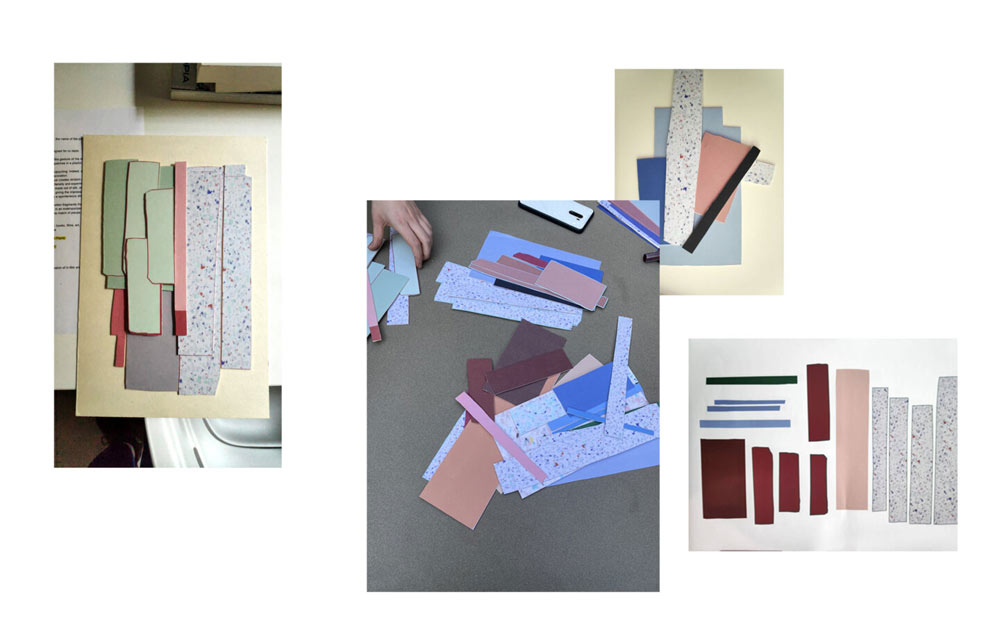 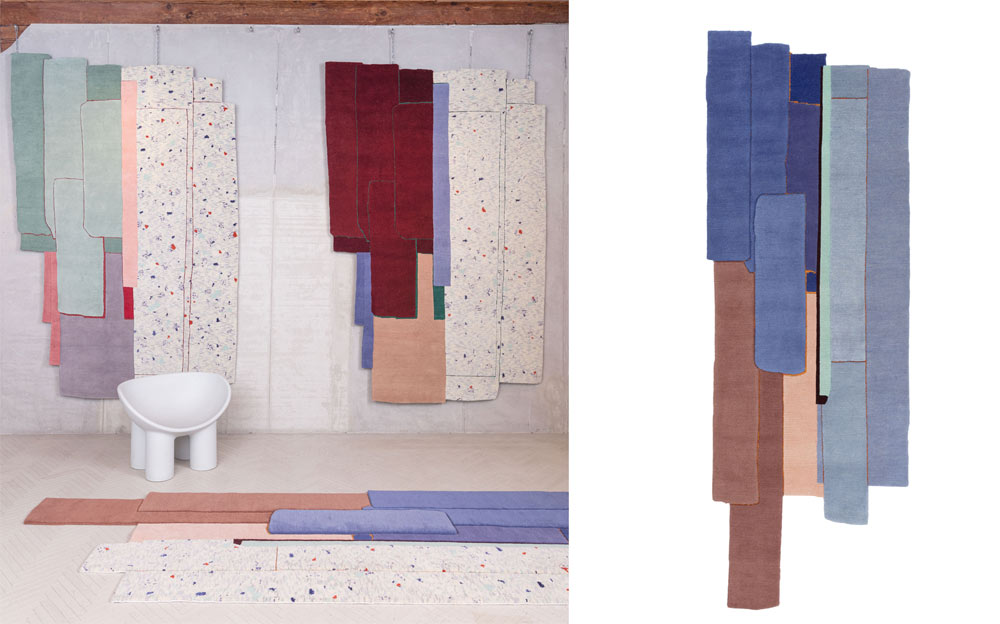 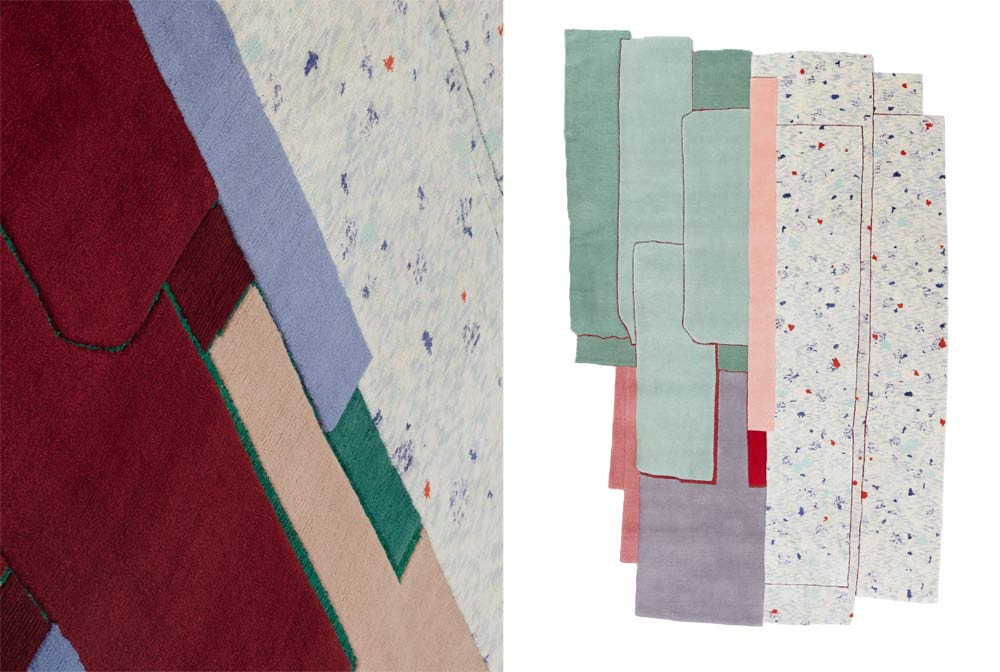 For her rugs, Sabine Marcelis investigated the expressive potential of everyday life. “The house is like a canvas and we constantly create drawings, signs and traces with our most usual gestures. Strokes, wipes, brushes, strips; the surfaces become a temporary canvas. The rugs I designed for cc-tapis capture two of those gestures in a permanent state. “

Each carpet has a hue of color saturation and surface height, mirroring the three-dimensionality and irregular pigment of a brush stroke. 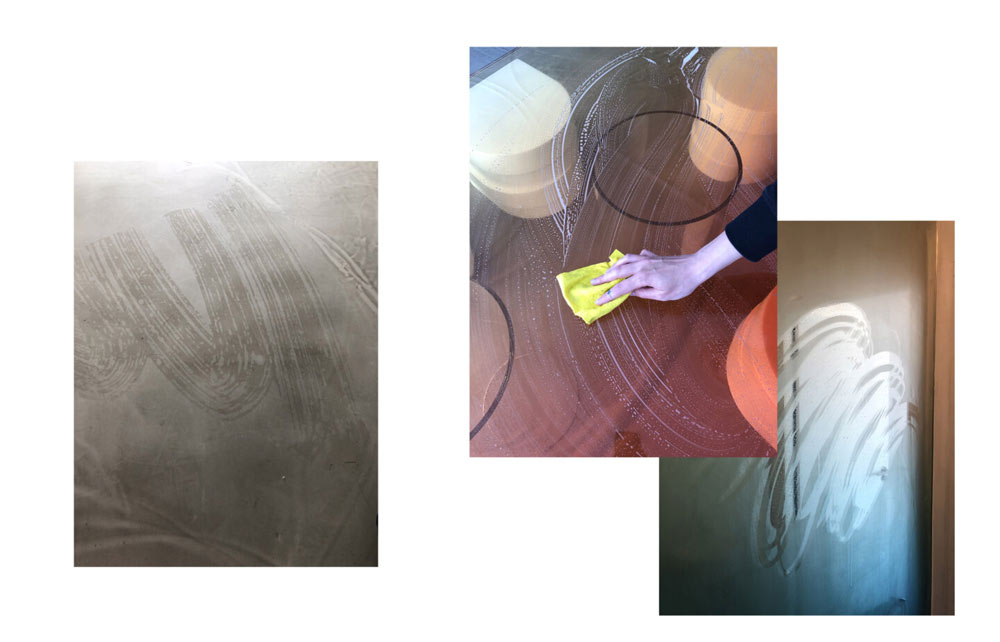 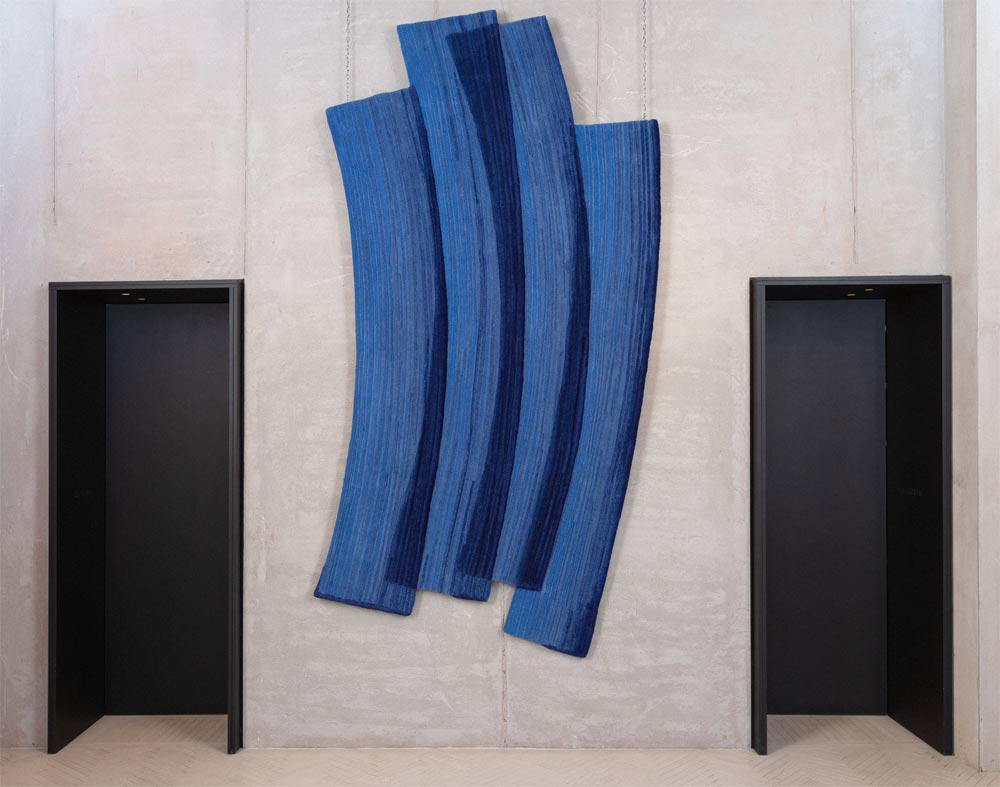 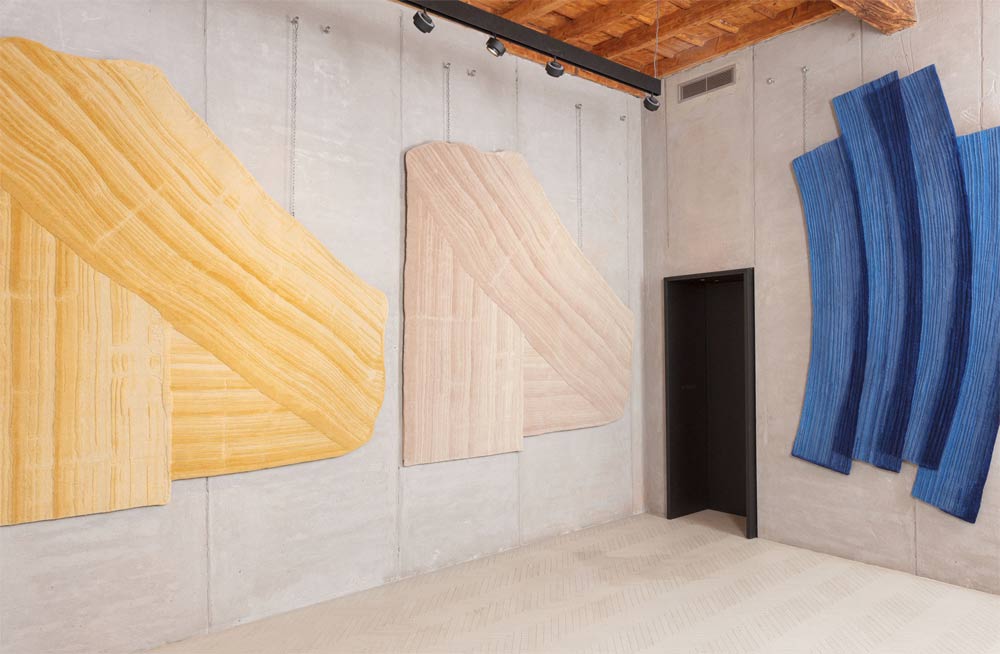 “Cutting becomes a process of creation rather than destruction,” explains textile designer Yuri Himuro about the inspiration behind his collection.

Based on his innovative Snip Snap textile project – a jacquard pattern whose design becomes evident only when the woven threads are cut, revealing a double structure within the fabric – Himuro explores the creative potential found in the act of cutting. The nature of the design makes the rug infinitely customizable, allowing each owner to embrace the gesture of the cut, revealing a colorful flat fabric under the first layer of woolen threads. “The texture of each carpet must be cultivated individually,” describes Himuro when he talks about his design intention. 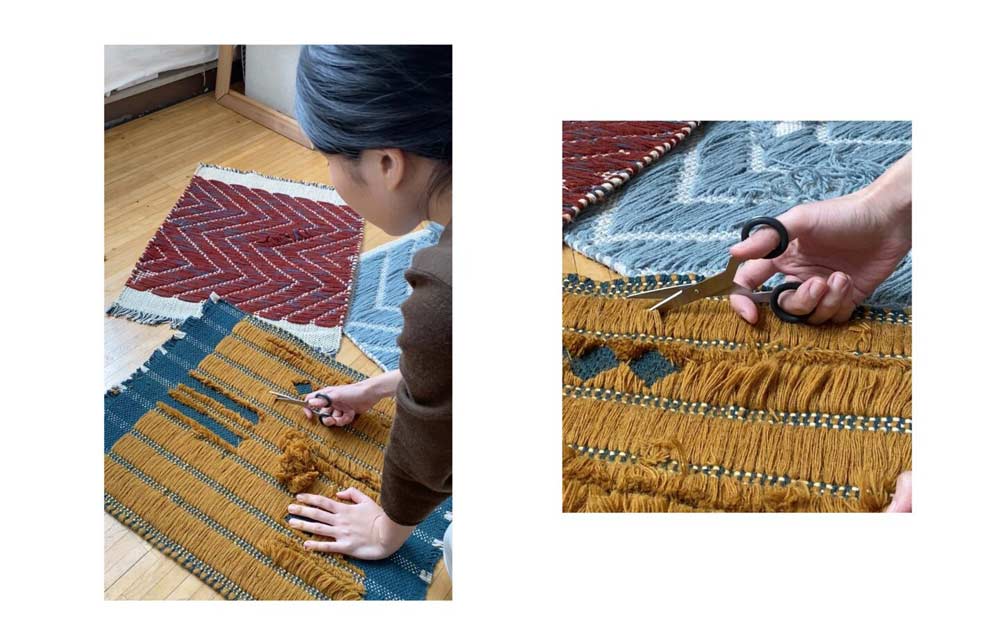 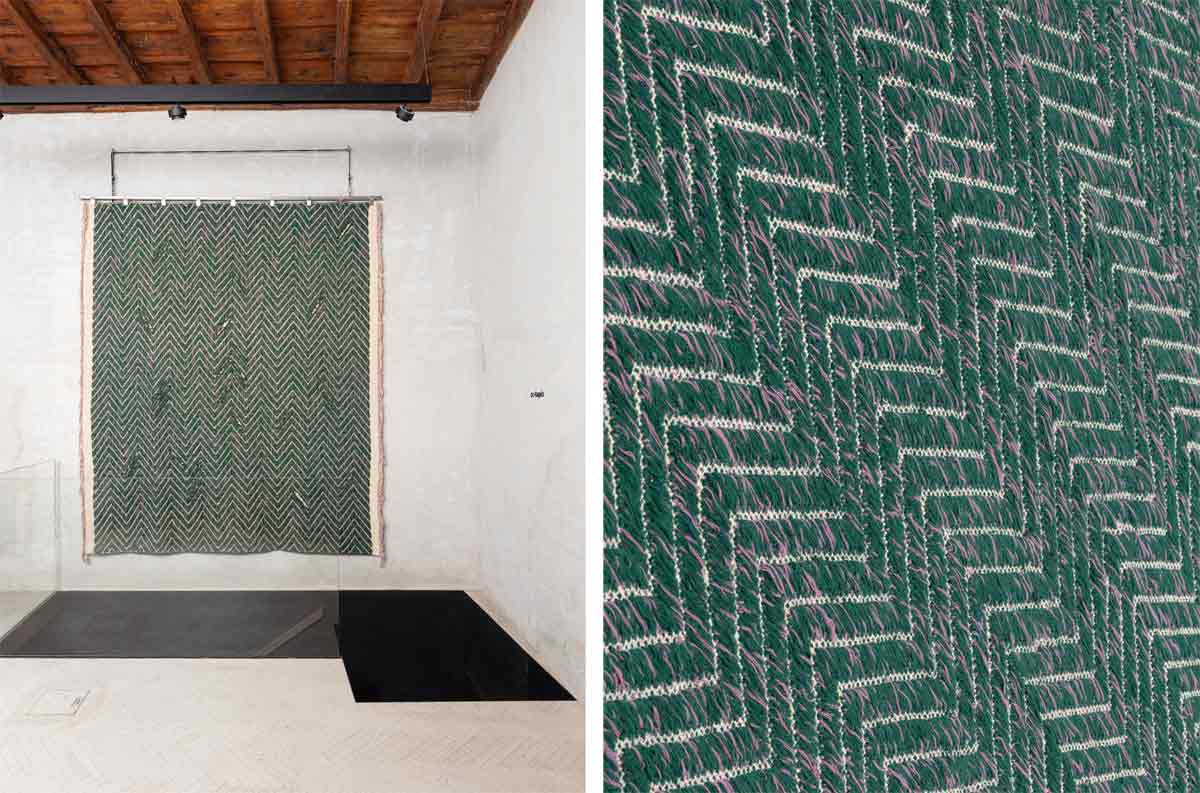 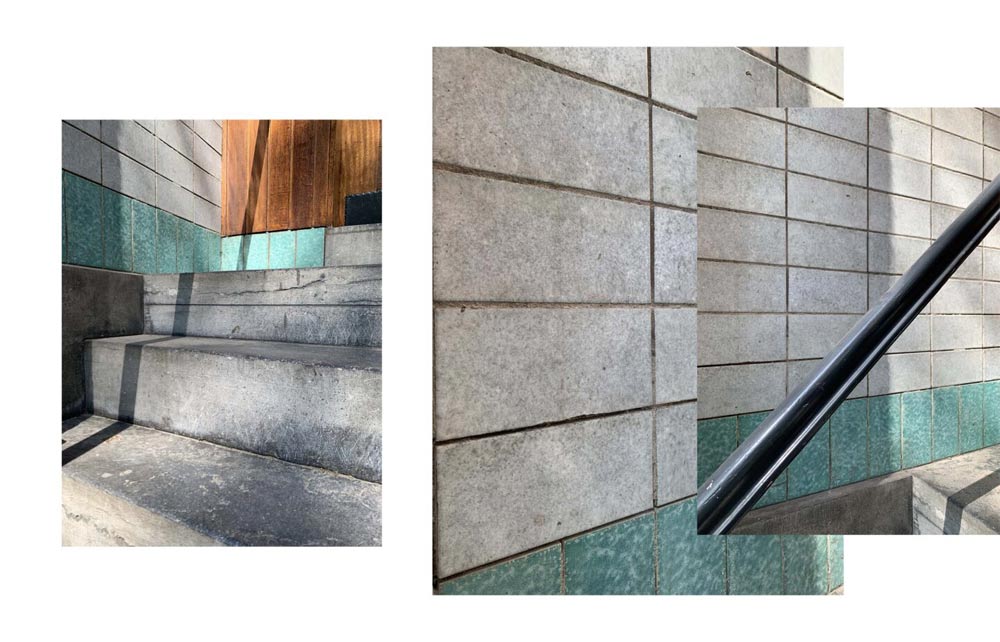 Mae Engelgeer’s Mindscape collection investigates gestures in the digital realm, exploring space and architecture. Engelgeer creates models from complex compositions, mirroring, splicing and replicating to create his otherworldly projects, taking the viewer on a journey to another space. “With the echo of Bliss in mind, I wanted to emphasize my signature by creating poetic and atmospheric designs in a new series of rugs, taking aesthetics to another level”, thus describes his inspiration. 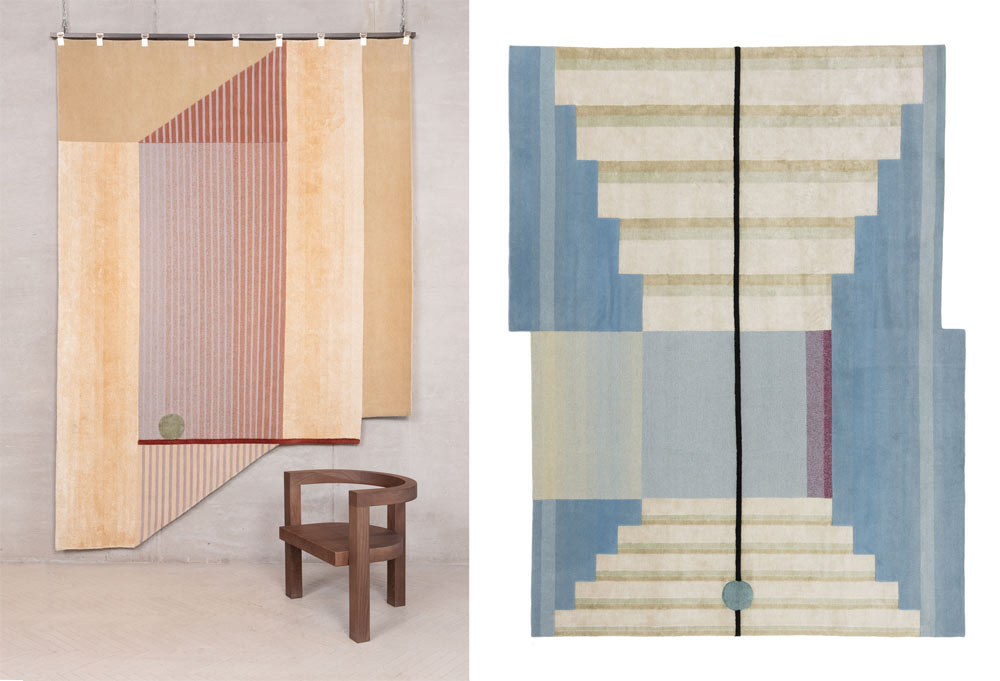 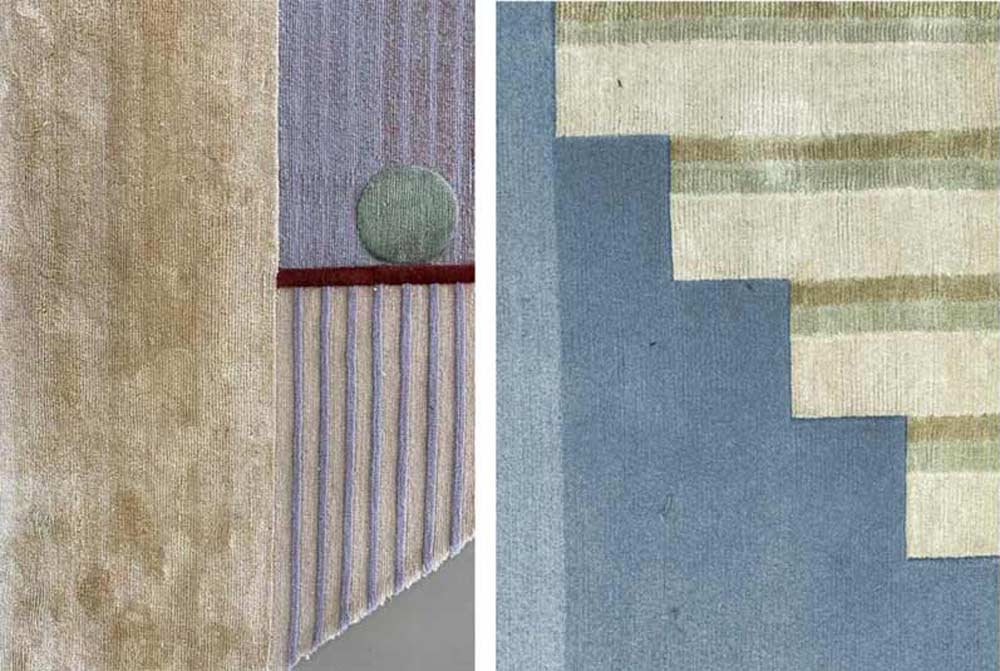