Last year, we celebrated the forty anniversary since the foundation of the Milanese Memphis group.

Forty years have in fact passed since the evening of December 11, 1980 when a group of young architects and designers gathered in the living room of Ettore Sottsass’s house in Milan. The legend says that a record was playing Bob Dylan’s song “Stuck Inside of Mobile with the Memphis Blues Again” when it jammed on the sentence “with the Memphis Blues Again”. The Memphis movement was born at that moment, and the name Memphis was chosen because it refers to the hometown of Elvis Presley and Aretha Franklin but also to the capital of Ancient Egypt thus evoking an ironic combination of high and low culture. 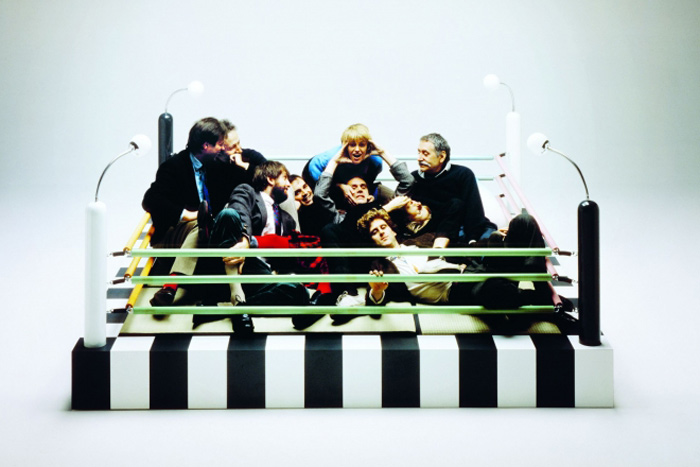 Memphis legacy is so important because Memphis was a turning point in the history of design, with its bright colors, bold patterns and new style, it influenced the aesthetics of the 80s. Its furniture, such as the Carlton bookcase, quickly became design icons that are today exhibited in the most important museums in the world.

The first collection of the Memphis-Milano brand was presented on September 19, 1981 at the “Salone Del Mobile” in Milan. The collection was composed of 55 pieces and was exhibited at the Arc ’74 showroom. It was an incredible media and public success: the international uproar was immediate and more than 2000 people visited the showroom to see these colorful and unconventional furniture. 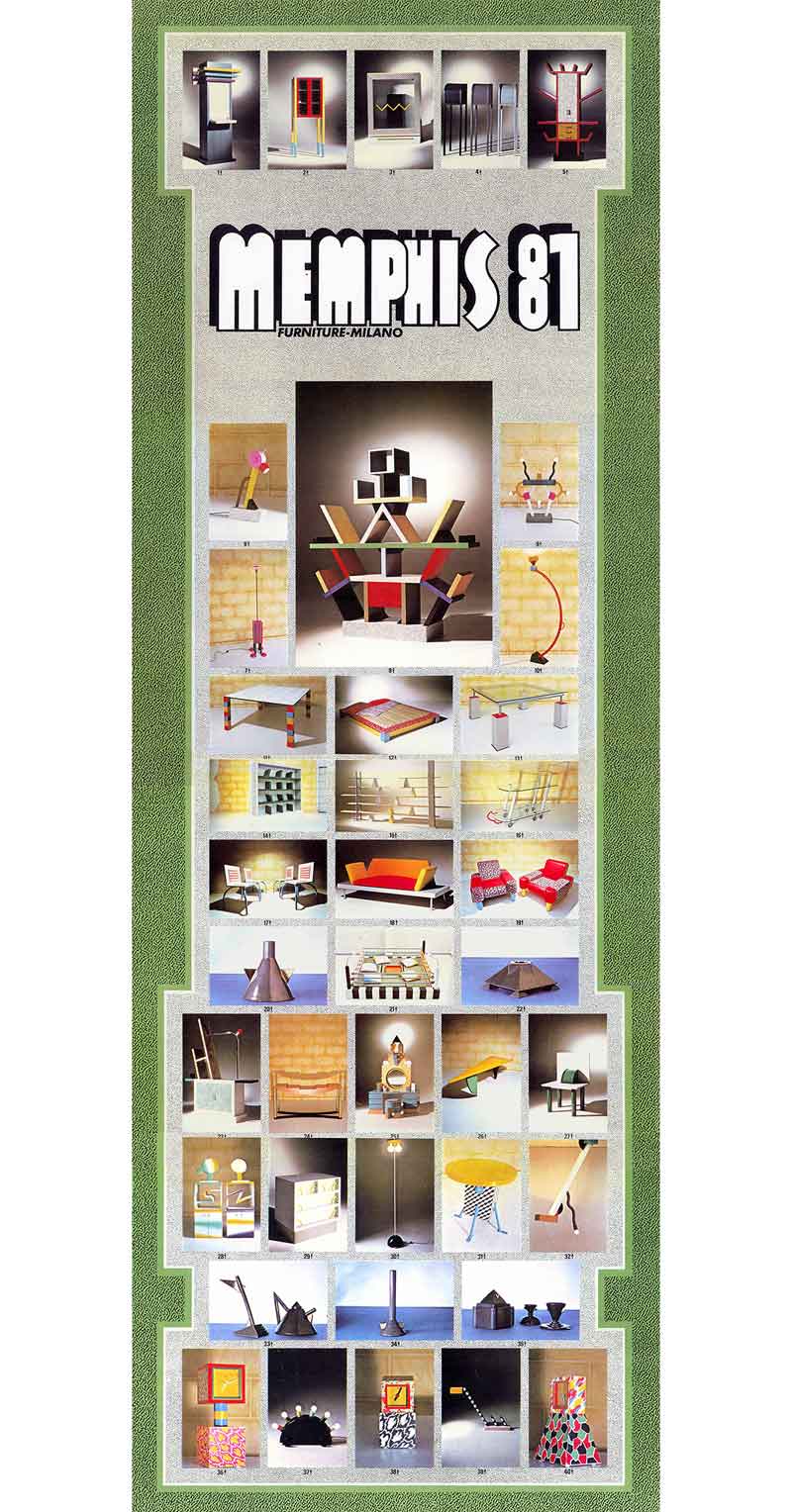 The Memphis-Milano’ collection included furniture, ceramics, lamps, fabrics, patterns and other products. The projects were absurd, gaudy and uncomfortable, the exact opposite of the minimalism and functionalism of those years. Their products went against the rooted idea of elegance and good taste, blending in a playful way the stylistics traits of Pop Art, Art Deco and kitsch. The pieces were characterized by absurd and irrational shapes, juxtaposition of primary and bright colors and a mix of bold patterns. The designers also used materials like plastic laminate, which were usually used on floors and considered cheap, to clad their objects and furniture. In an ironic way, the plastic laminate was decorated with patterns that simulate precious materials. 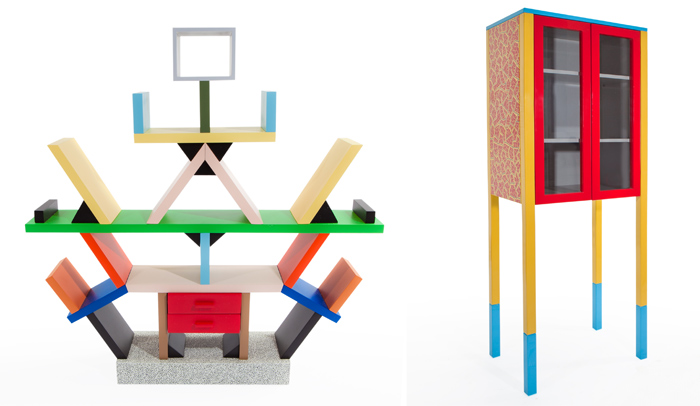 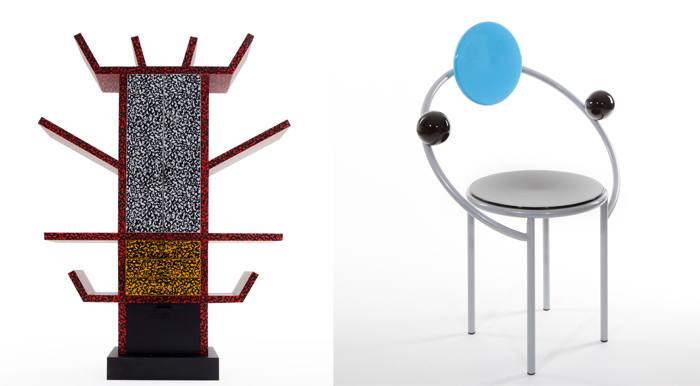 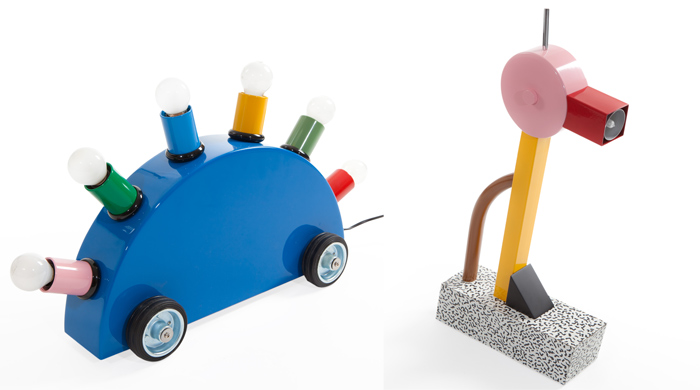 The new design approach of the Memphis group raised mainly from the need to find new expressive forms in which ornamentation was no longer considered a crime. The Milanese design of the late 1970s was guided by the idea of ​​functionalism, objects had to be designed to respond to a specific need and not to be mere decorative pieces. This idea led to a sober and rigorous design that the Memphis group considered to be too minimal and lacking in personality. Hence the urgency to move away from this idea of design, to create something new and to break the rules of the so-called good taste. Memphis, using bright colors, unusual forms, optical patterns, as well as an ironic and intelligent reinterpretation of kitsch, became the maximum expression of the postmodern movement in Italy. They introduced the concept of fun and excitement into the rational language of industrial production. 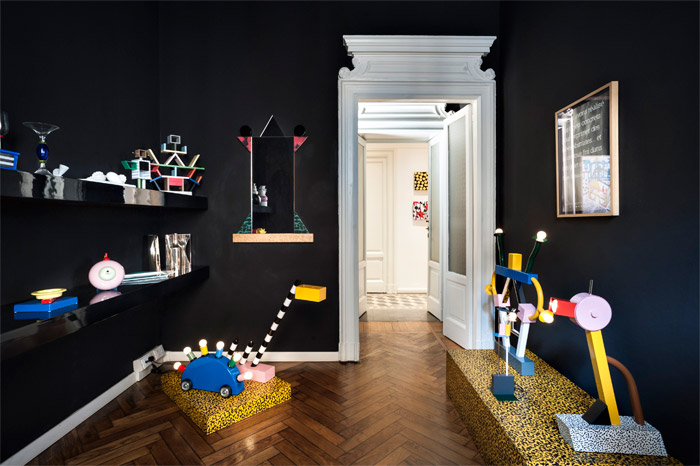 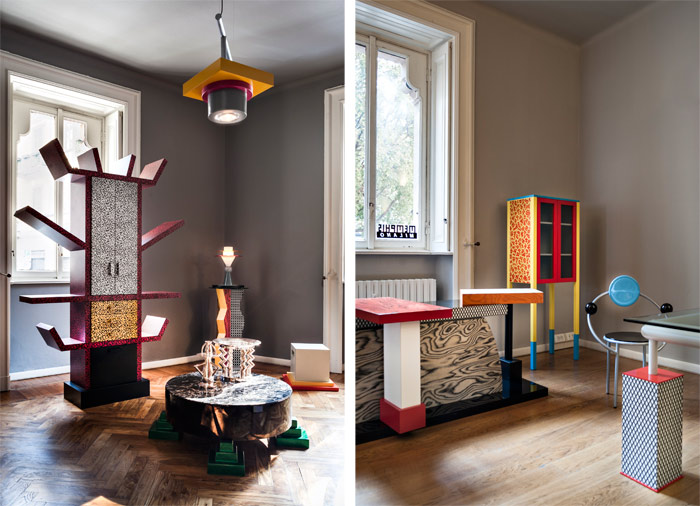 Memphis did not wish to go against the functionalism of the Modernism: it simply recognized that the message of an object is also part of its function. The explosion of colors and forms were therefore much more than a symbol of escape or protest, they were not a simple decoration but they were the means through which the designers tried to communicate their message and affect people. This new approach to design represented a turning point because it freed designers from the pursuing of the sole function and brought the notion of ornament and the personal expression back into their projects. This is the reason of Memphis’ great success and importance in the history of design. 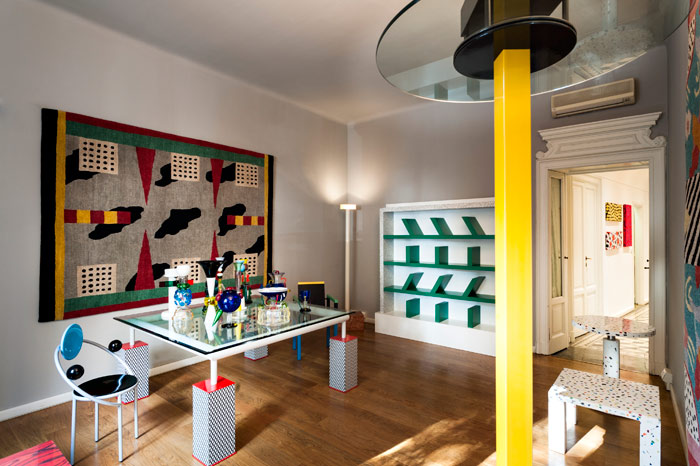 As iconic and recognizable as Memphis is now, it was highly controversial at the time. For some people, it celebrated the use of decoration, kitsch and color but for other people it was unpleasant and distasteful and was once referred as “a shotgun wedding between Bauhaus and Fisher-Price”. The great international media attention has never matched a true commercial success but instead the Memphis projects attracted a cult following. Designer Karl Lagerfeld was a fan and furnished its Monaco apartment with Sottsass’ entire first series while David Bowie‘s art collection, which went up for auction after his death, included around 100 pieces of the Memphis group.The disappointment for the lack of market success was perhaps the reason that led Sottsass to abandon the group in 1985. 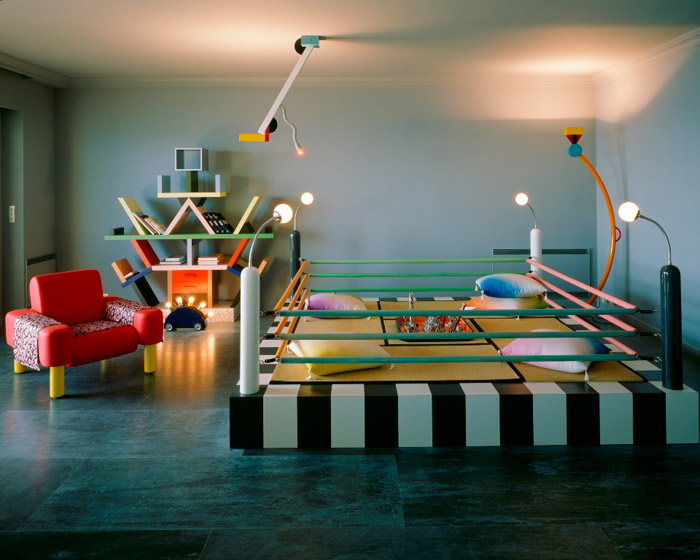 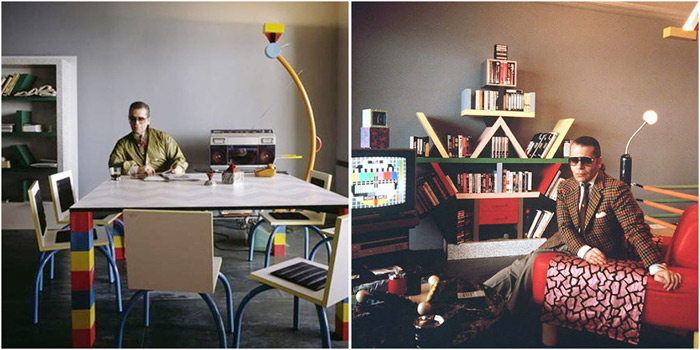 Despite its short existence, from 1981 to 1987, the Memphis group represented such a novelty and a rupture from the aesthetic of the time that it became part of an imaginary collection and, forty years later, its legacy still influences today’s design.

Many think that today, Memphis pieces can only be found in Modern Antiques markets and shops. On the contrary, the Memphis brand still exists – now under the guide of Alberto Bianchi Albrici who purchased it in 1996 from Ernesto Gismondi, owner of Artemide – and the projects designed by the group between 1981 and 1988 are still produced today in unlimited series. These pieces can be considered as original furniture because they are produced following the technical drawings originally provided by the designers and using the same materials and processes.

Mo-tel House: a colorful and joyful interior
The Halos’ lamp inspired by the Aurora Borealis