Today I want to officially inaugurate a new section of the blog that I will simply call “History of Design”. The idea is to retrace the history of design through some of the iconic objects that have marked it. Do you like the idea?

I decided to start from what I believe to be one of the most famous (and most copied) lamps in the world and an icon of the Made in Italy design: the Arco lamp by Achille Castiglioni.

The Arco lamp was designed in 1962 by Achille Castiglioni, together with his brother Pier Giacomo, for the company FLOS.

Born in 1918, Achille Castiglioni was one of the most important Italian designers and architects and created some of the most original and internationally recognized objects. He designed objects, lamps and furniture for many companies such as Kartell, Flos, Zanotta, Knoll and Alessi, just to name a few.

The Arco lamp is certainly one of its most important projects and today it is part of the permanent collections of the Triennale museum in Milan and the MoMA in New York. 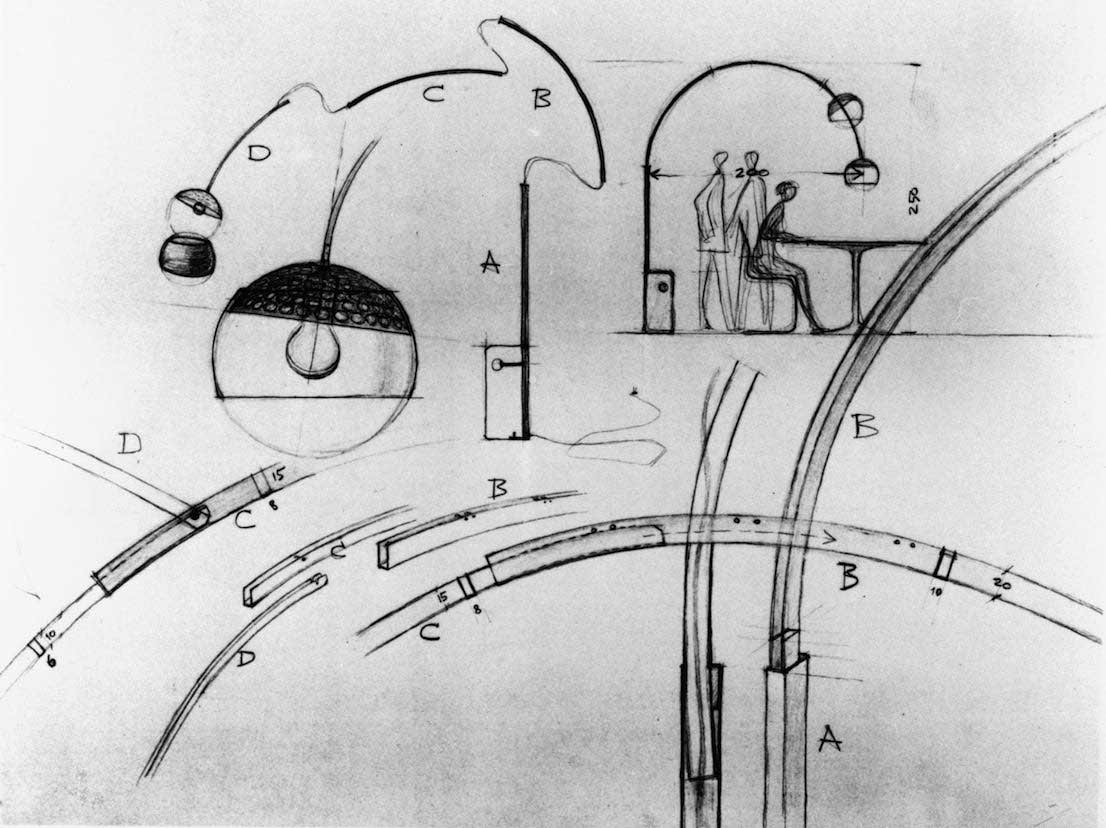 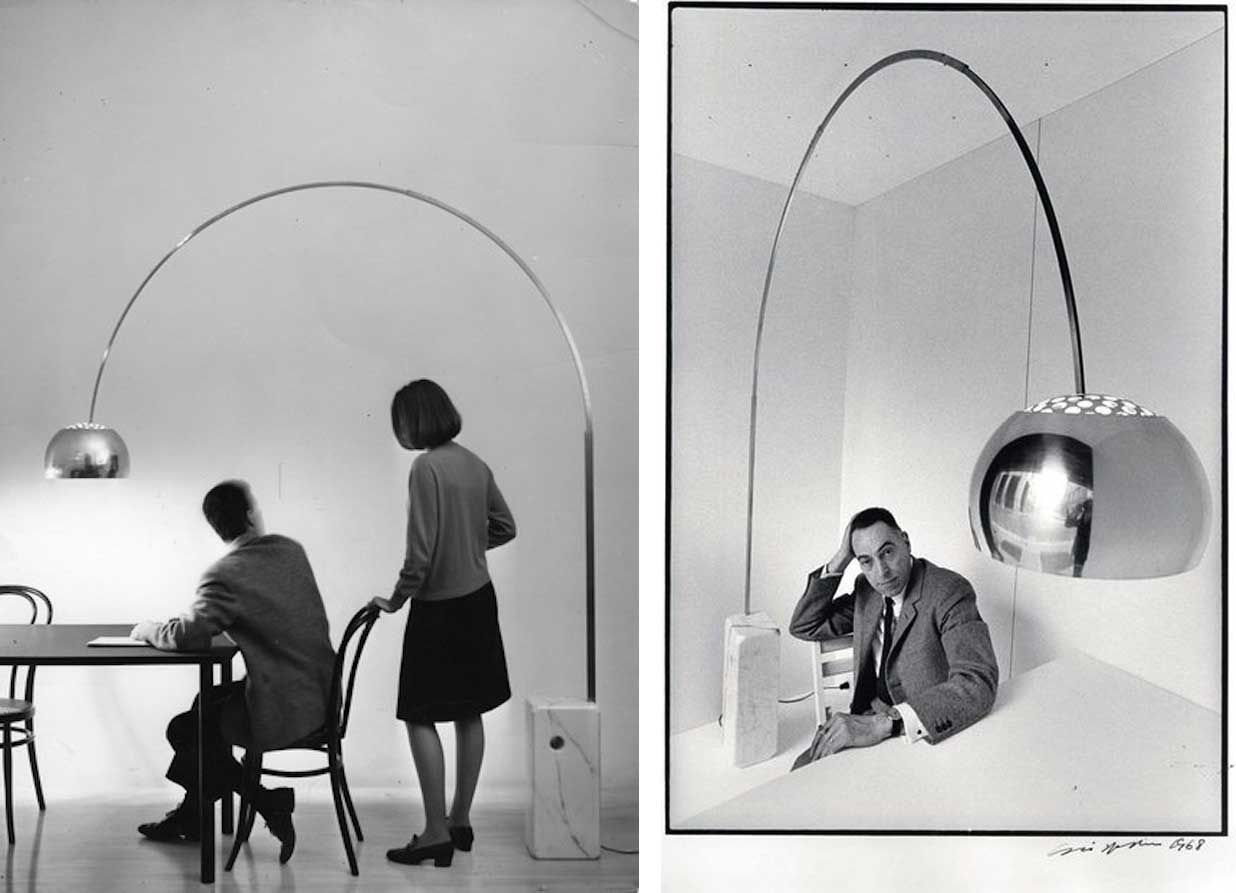 The project is part of a trend that developed in the 1960s and that is called Ready Made. The Ready Made wanted to play with the concept of decontextualization of objects: furnishings are updated and “revisited” by playing with irony. In this context, for example, two very popular Castiglioni chairs, the Sella chair and the Mezzadro chair, were designed.

Even the Arco lamp can be inserted into this current because it answers the question of why the classic pendant chandelier remains fixed while the table could be moved, thus conditioning the arrangement of the furnishings.

From this reasoning arises the Arco lamp, which is also the first arch-shaped lamp in the history of design.

“We thought of a lamp that projected the light on the table: there were some already, but we had to turn around them. In order to leave space around the table, the base had to be at least two meters away. This is how the idea of the arch was born: we wanted to do it with products that were already on the market, and we found that the bent steel section went very well. Then there was the problem of the counterweight: it needed a heavy mass that supported everything. We thought of the cement first, but then we chose the marble because, at the same weight, it allowed a smaller size and therefore in relation to a greater finish a lower cost. “ 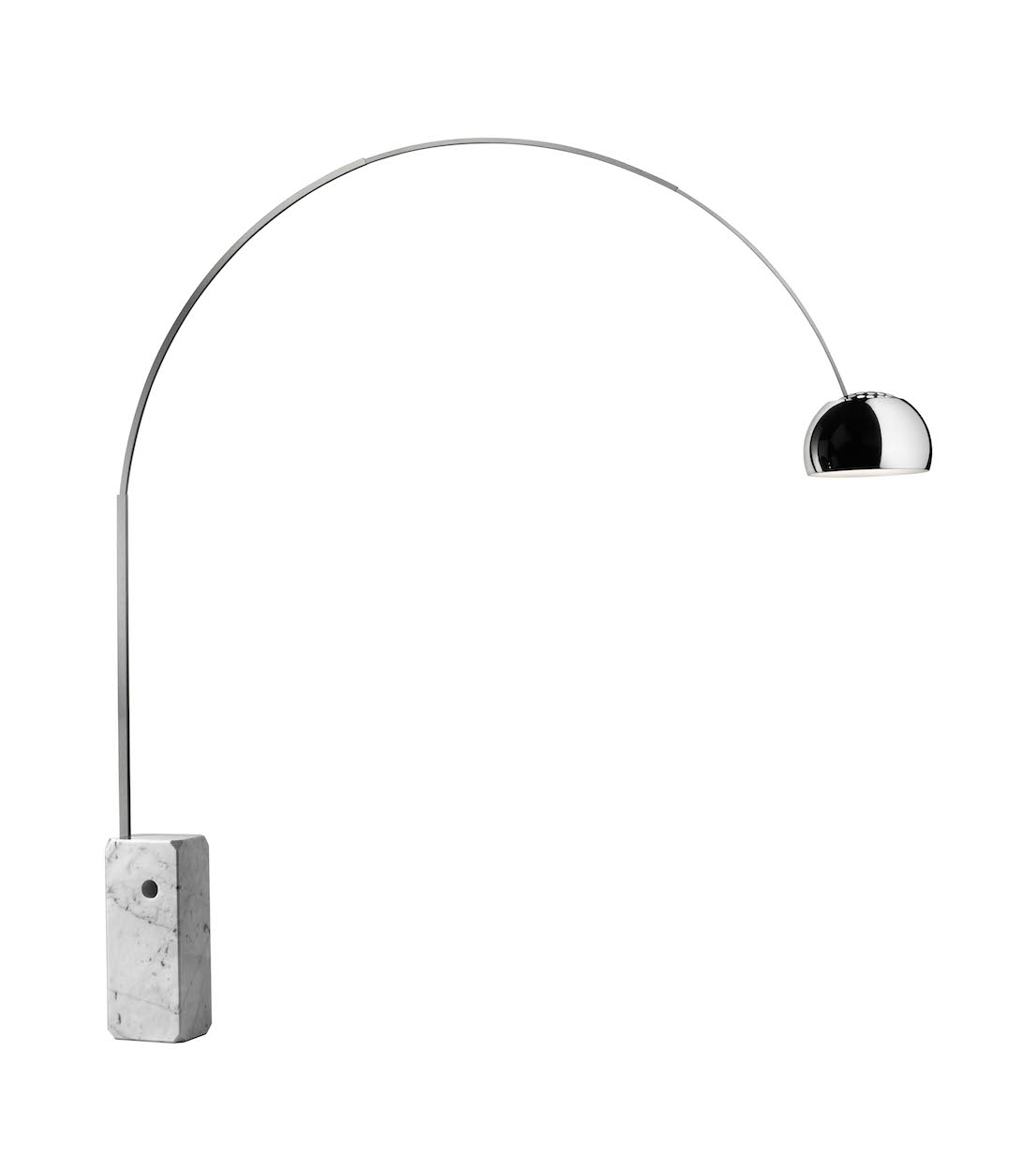 The design of the lamp is essential. The lamp weighs about 65 kg. The base is composed of a parallelepiped in white Carrara marble. The innovative idea was to create a hole in the base that allows you to slip inside for example a broomstick and, in two persons, to lift the lamp and move it. The arch, on the other hand, is composed of three curvilinear steel sections that channel the electrical cable up to the semispherical lamp holder, at a height of 2 meters. The shell is characterized by three holes that allow ventilation and therefore avoid overheating.

The Castiglioni brothers said they were inspired by the shapes of the street lamps of a few years ago. 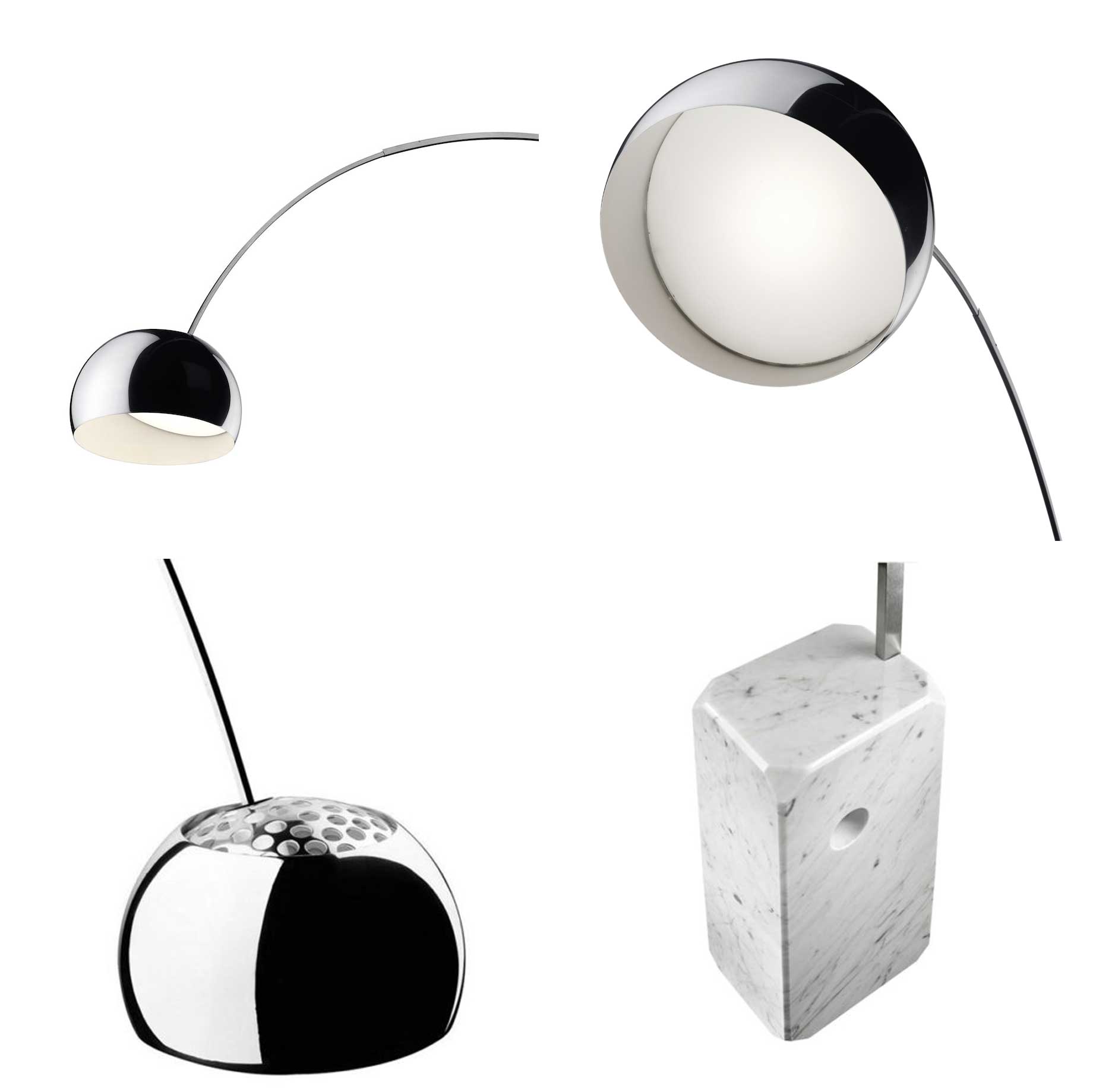 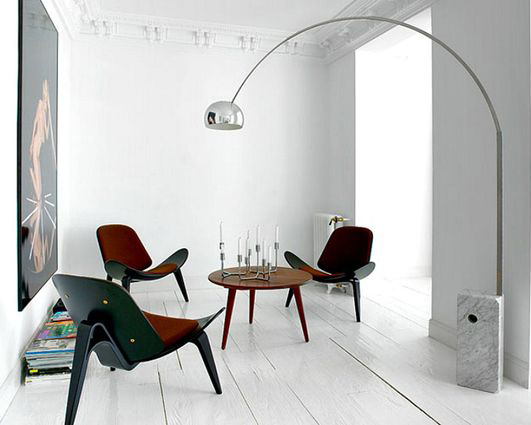 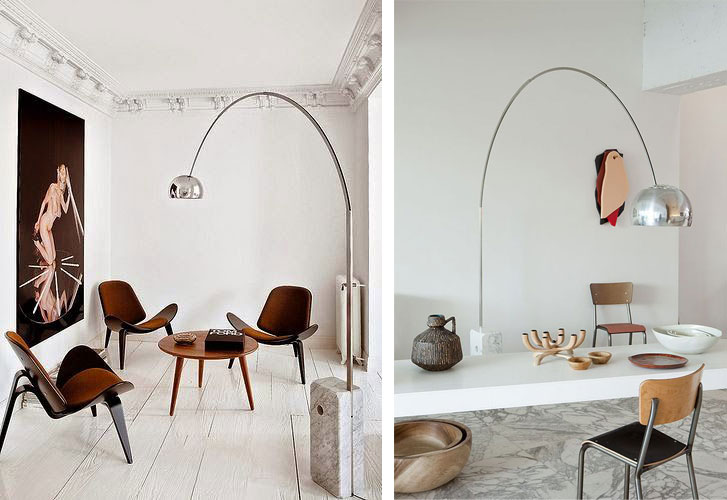 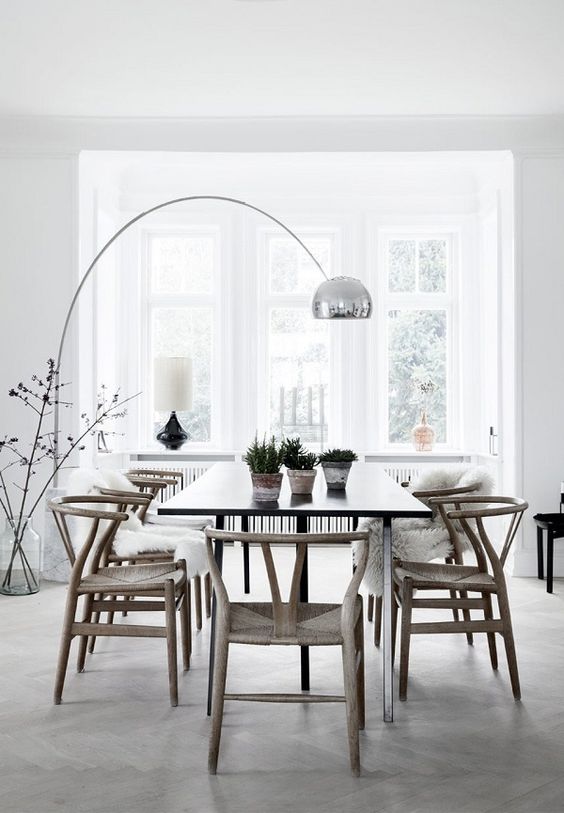 Trends: colored kitchens
4 simple ideas to exploit the space under the stairs