Togo is one of the most iconic sofas ever. Designed by Michel Ducaroy in 1973 for Ligne Roset, the Togo sofa has never gone out of production, selling over 1,200,000 pieces in 40 years. 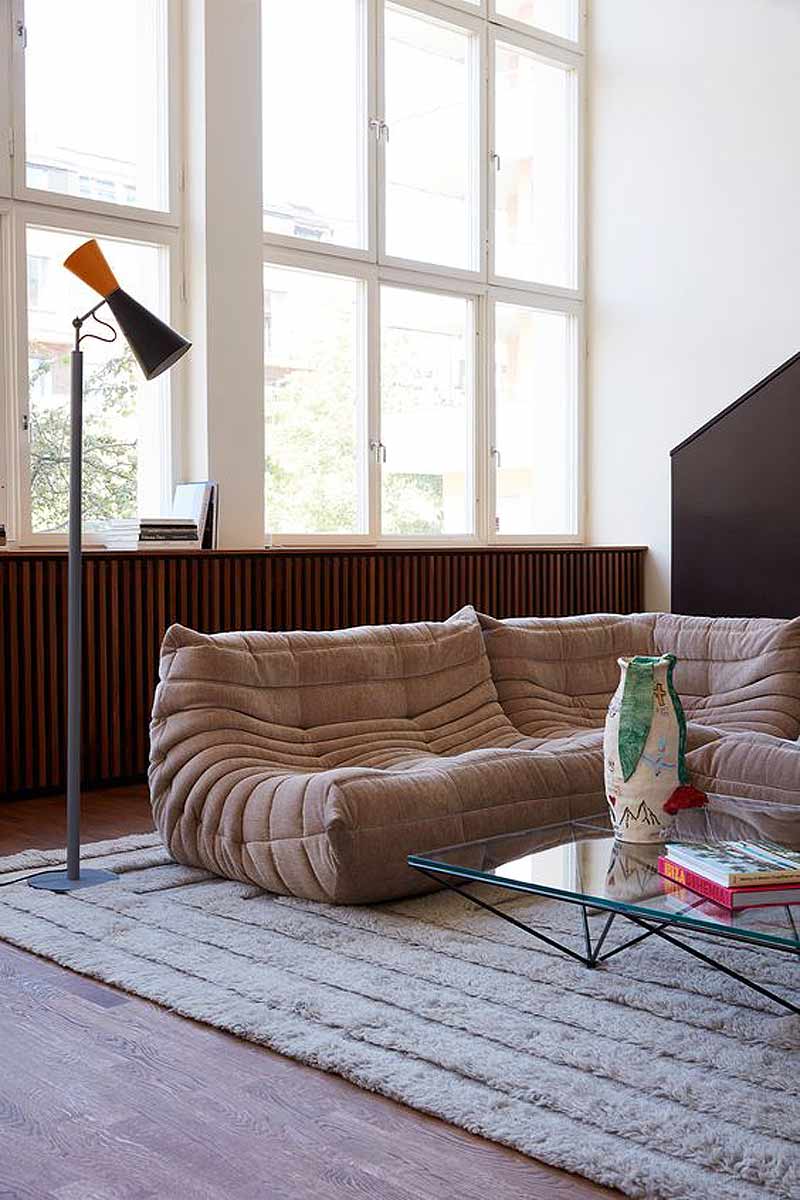 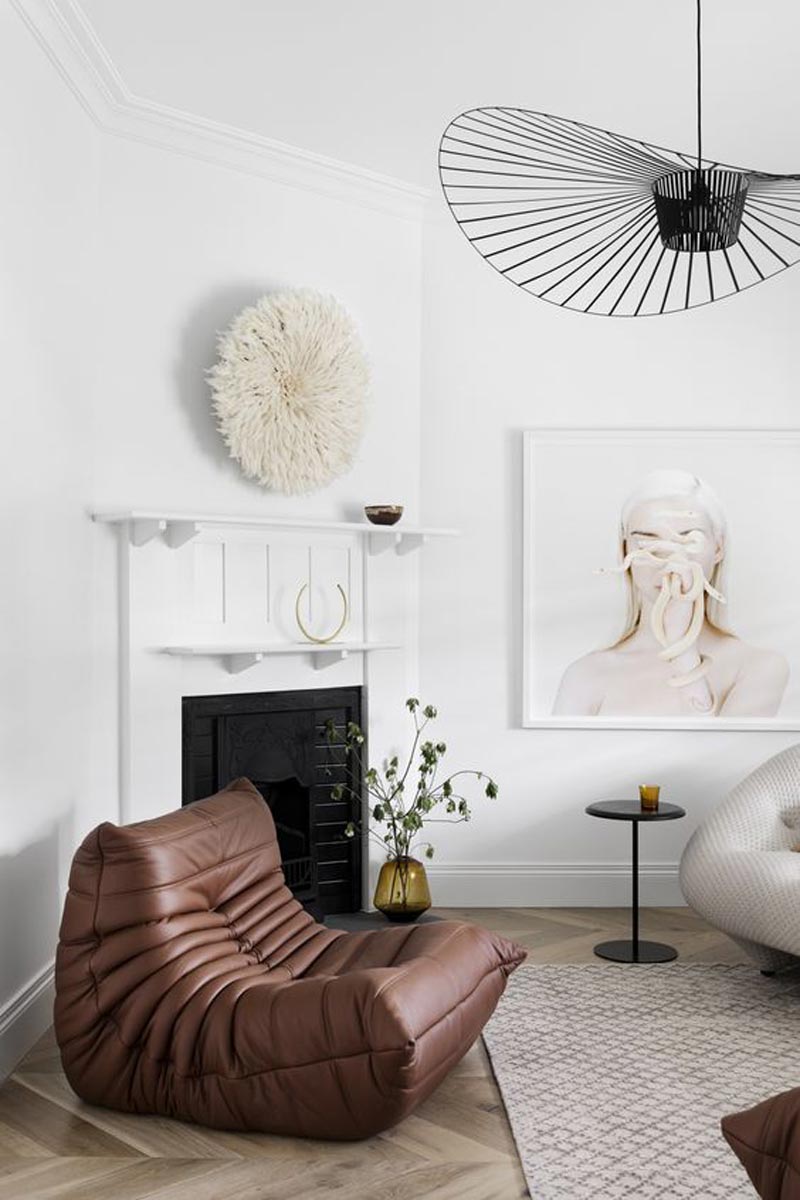 The Togo sofa was presented for the first time at Furnishing Expo in Paris in 1973 and, despite the slightly high price, it achieved immediate success. The designer and Ligne Roset immediately added a series of complementary pieces to the sofa, including an armchair and a corner element. The different elements that compose the Togo line today allow us to compose a modular sofa and create unusual shapes (today we can find a three-seater sofa without armrests – three-seater sofa with armrests – armchair – footrest – corner element). A smaller version of the Togo armchair has also been recently launched.

“When it was first presented at the Salon des Arts ménagers at the Palais de la Défense, Paris, in 1973 it was awarded the René-Gabriel prize, which recognized ‘innovative and democratic furniture’—pieces that offered a good price-to-quality ratio. It’s been described as having a ‘crumpled, ‘newborn’ appearance with Shar-Pei wrinkles.’” (Design Milk).

Michel Ducaroy, speaking about the inspiration for the Togo sofa, said that it was like “a tube of toothpaste folded on itself like a tuba and fixed at both ends“. 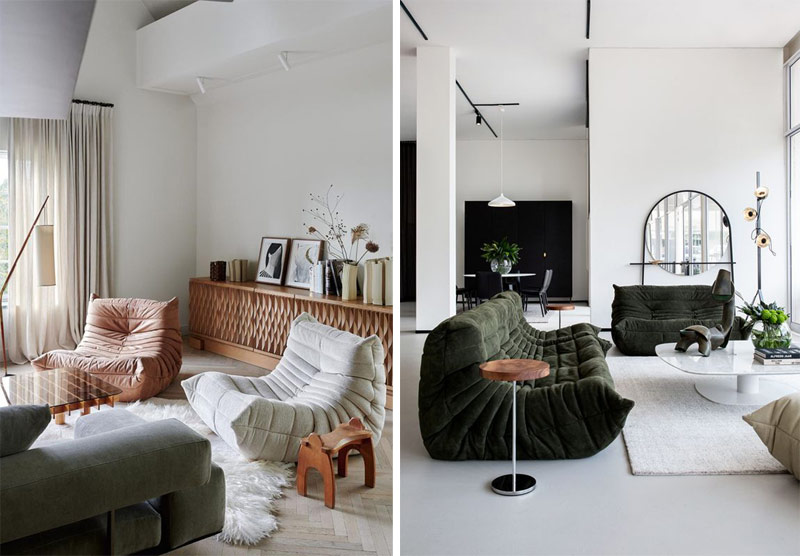 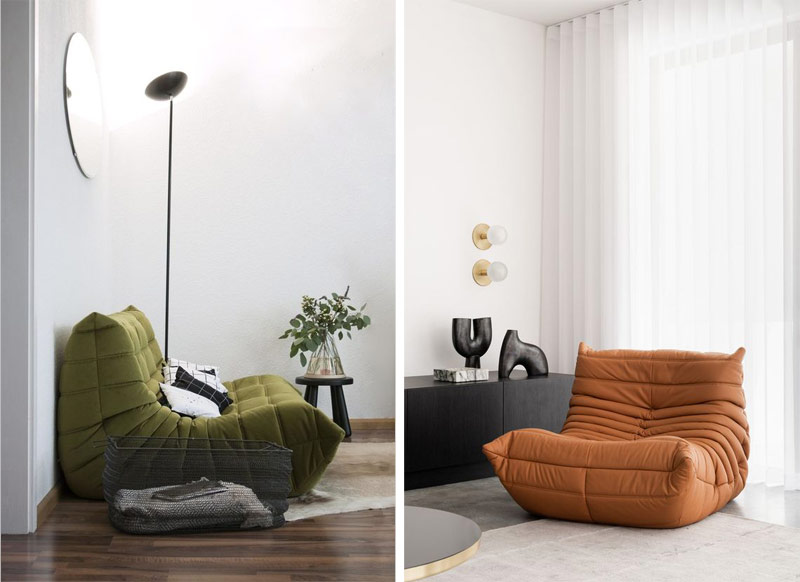 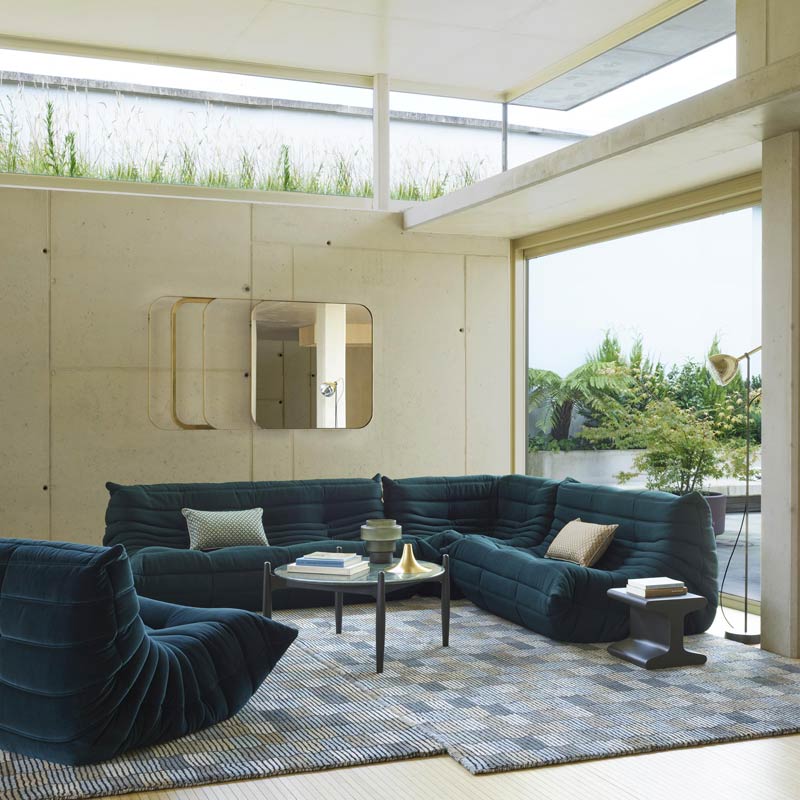 But what made this sofa so iconic? Symbol of the unconventional design of the 70s, its new shapes certainly gave its success for the time: organic, enveloping and ergonomic lines that guarantee maximum comfort.

Togo was also the first sofa in the world made entirely of polyurethane foam. The couch has no frame, and the structure is made only of polyester and polyurethane foam in 3 densities which ensures elasticity and adapts to the shape of the body. The padding is in soft polyester, with stitching that creates the characteristic folds of Togo. The sofa can be upholstered in many fabrics, microfibers and leathers. 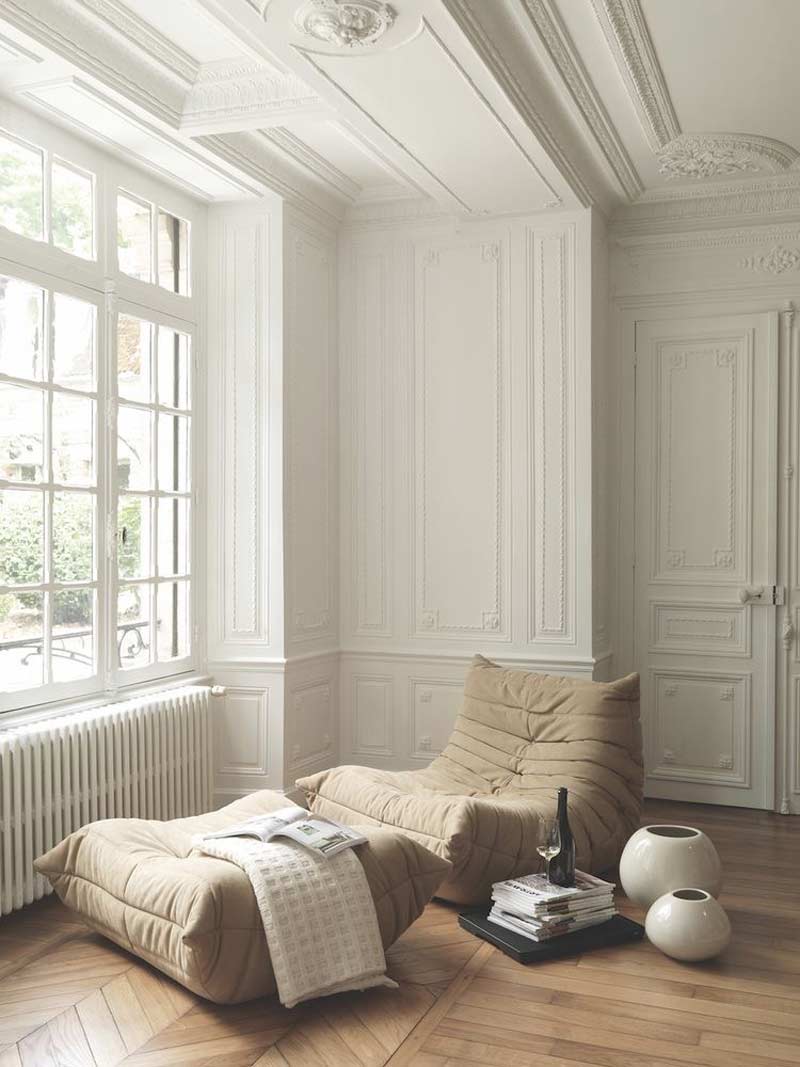 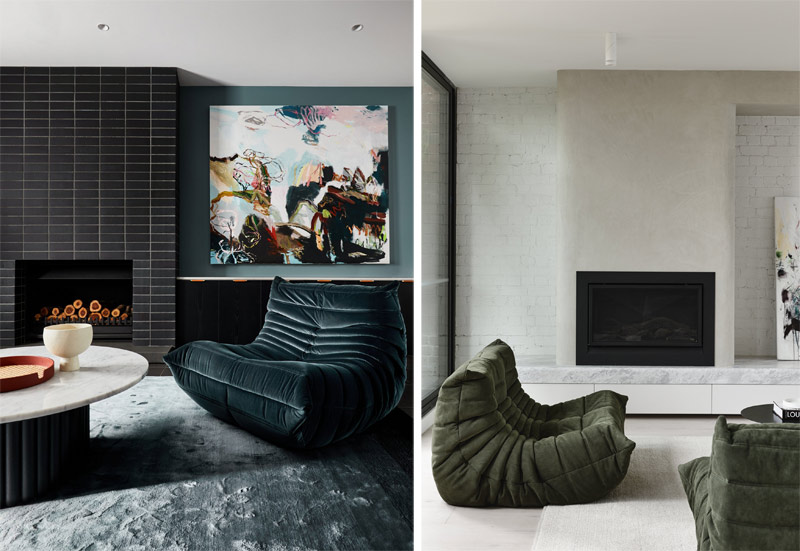 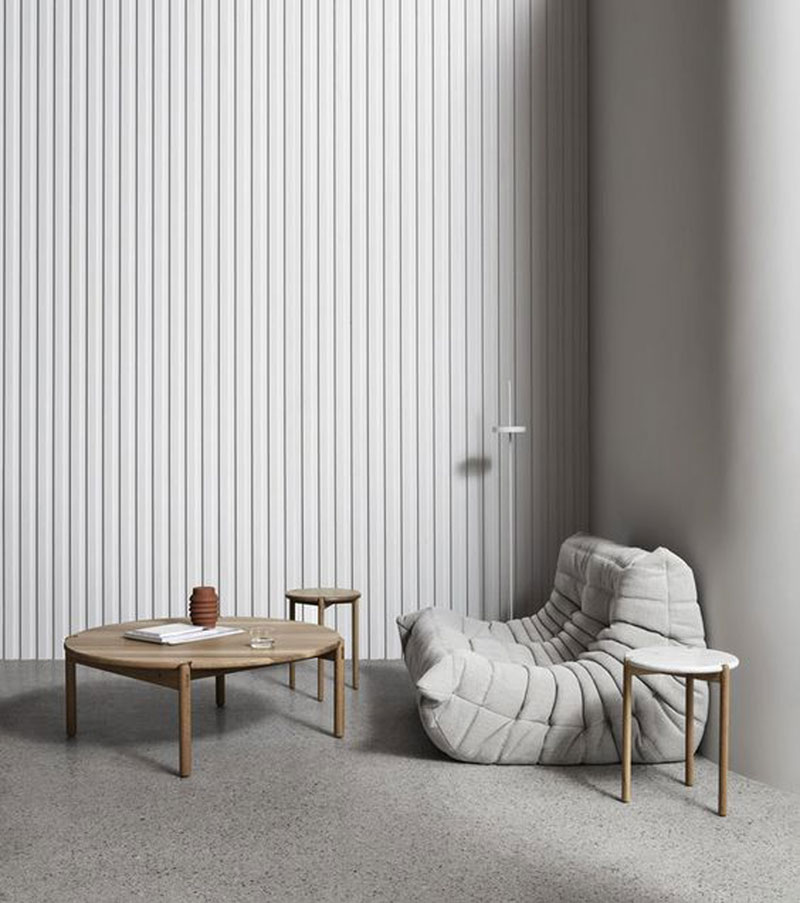 Michel Ducaroy was born in 1925 (passed away in 2009) in France into a family of designers and furniture makers. Drawing on his background, he trained at the Ecole Nationale des Beaux Arts in Lyon and in the family business before expanding on his own as an independent designer in 1952. Since his first contact with the Roset company in 1954, Michel Ducaroy quickly became one of their most influential designers and was for a long time responsible for the design division of the company. The Togo sofa certainly remains the designer’s most iconic and successful piece.

A curiosity: the company was founded by Antoine Roset in 1860 in Montagnieu, France, as a small business that produced bentwood walking sticks and umbrella handles. In the 1950s, the company also began producing furniture intended only for commercial use and used in various institutions, including schools, universities, hospitals and retirement homes. The Ligne Roset brand was officially presented in 1973 at the same time as the launch of Togo and the opening of the first store in France. 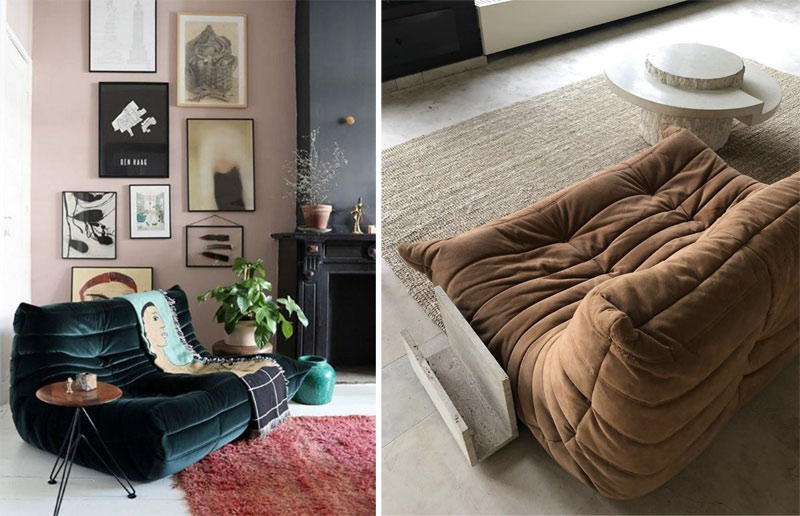 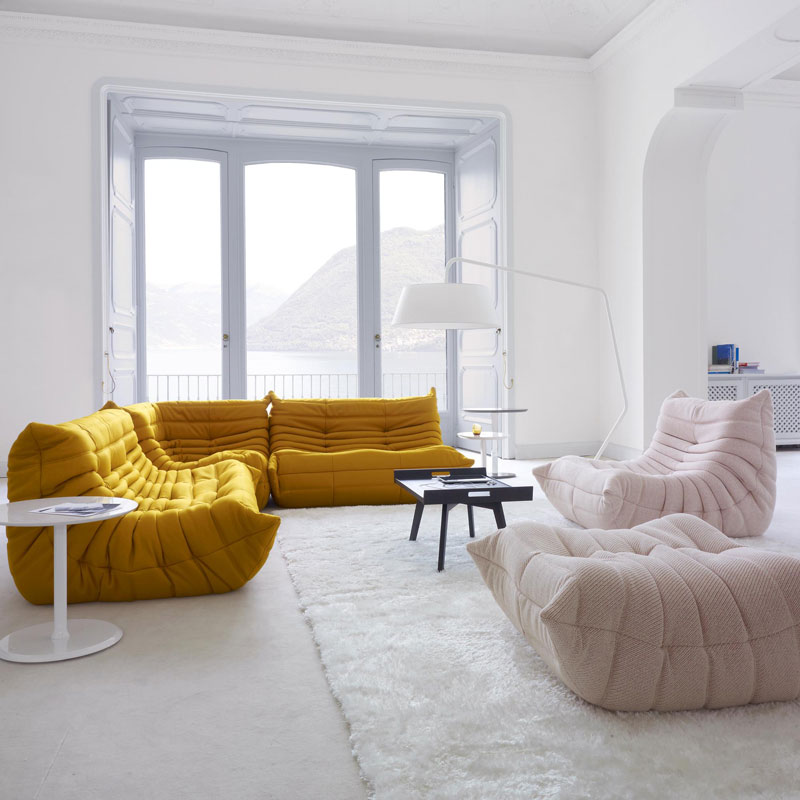 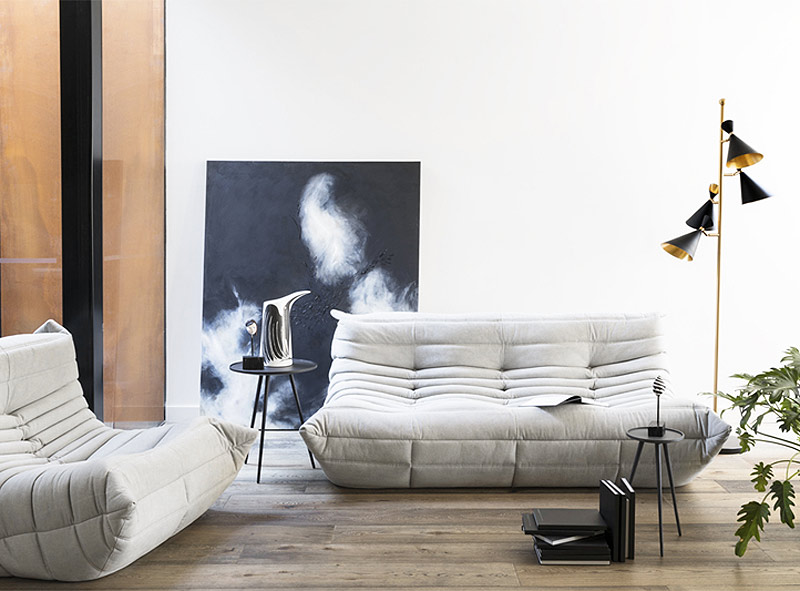