I really like the works of the studio and the fact that, behind every object, there is a long research and a connection to the designers’s cultural heritage.

Agnes aims to research forms of symbolism and emotions through the reinterpretation and new contextualization of traditional crafts, materials and techniques. The designers work closely with different artisans to create pieces that can inspire and bring new meaning to our lives.

Living-Stone is the studio’s first collection. In this project, the designers investigate the contrast between the past and the future, the still and the living, ancient materials and techniques in a futuristic context. The collection also explores the contraposition between the handcrafted and the streamlined, seeking the portrayal of a Post Human Utopia.

Inspired and driven by their cultural heritage, the designers re-imagine objects as the possible evolution of Mesoamerican symbolism in Pre-Columbian design. 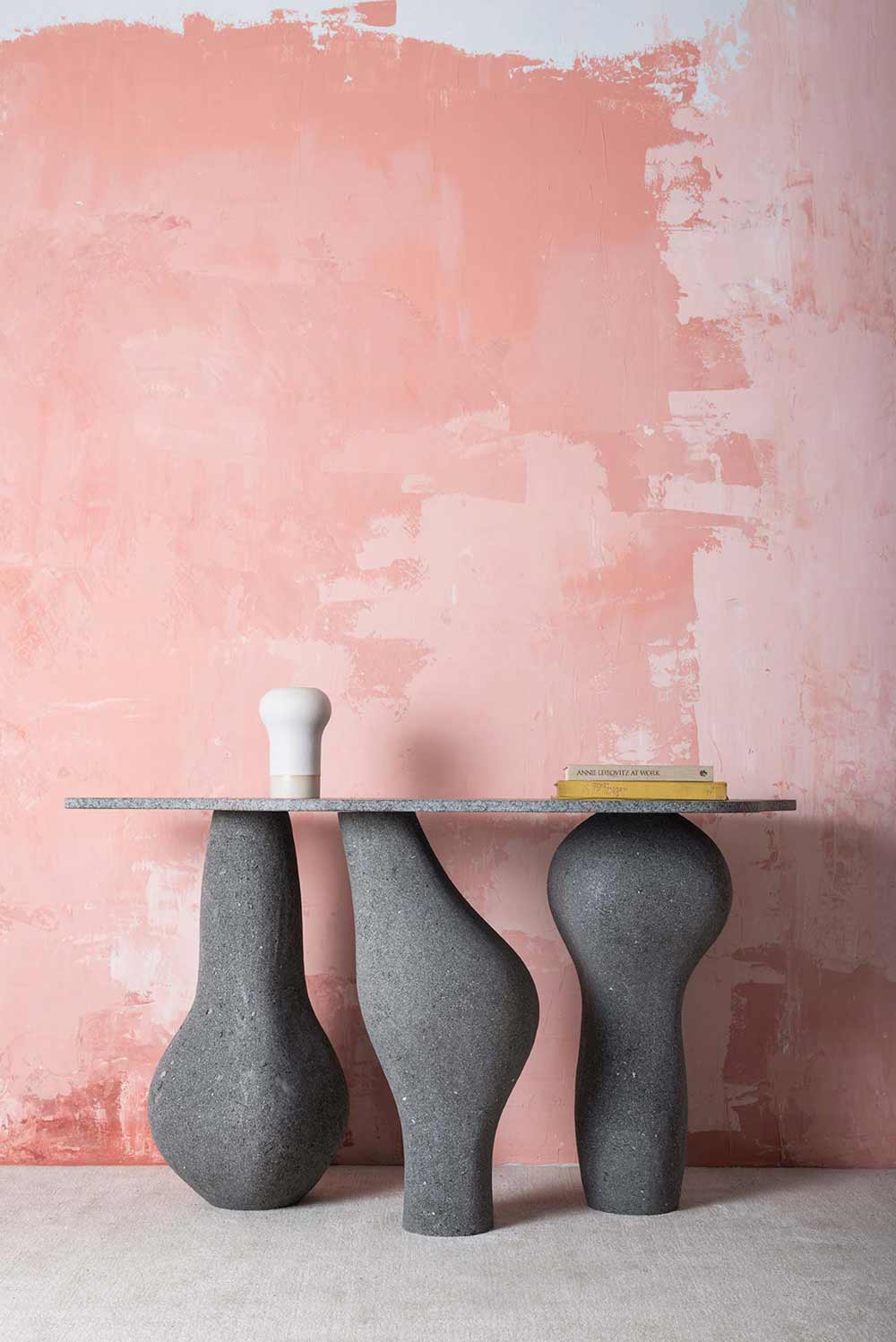 The Altar Console, for example, is an investigation of the evolution of forms and materials in Pre-Columbian Mesoamerican ceremonial objects and of the connections between ceremonial and daily rituals. Altar is a console for modern rituals of the daily life. 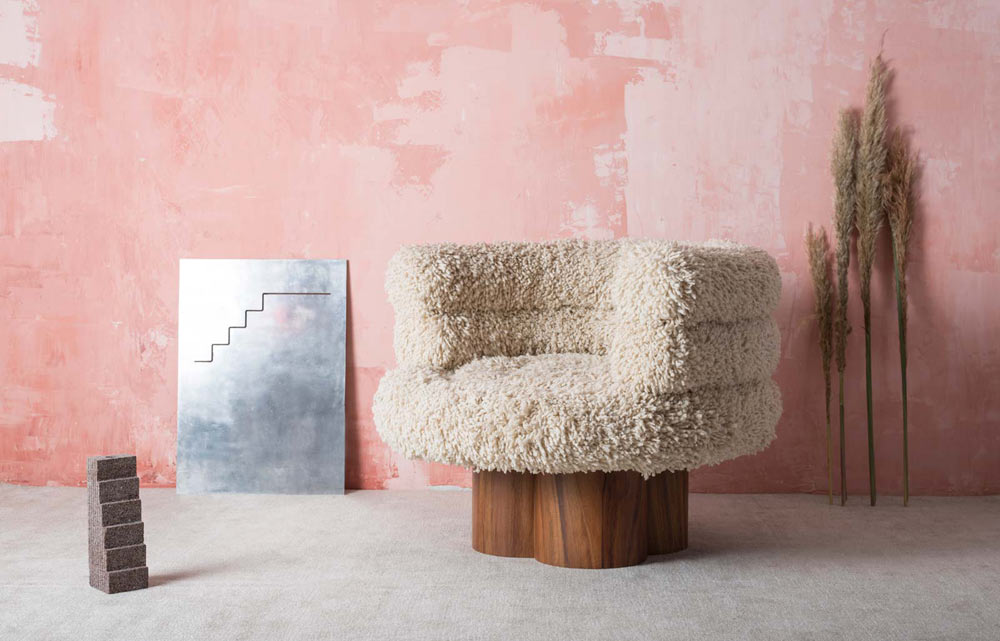 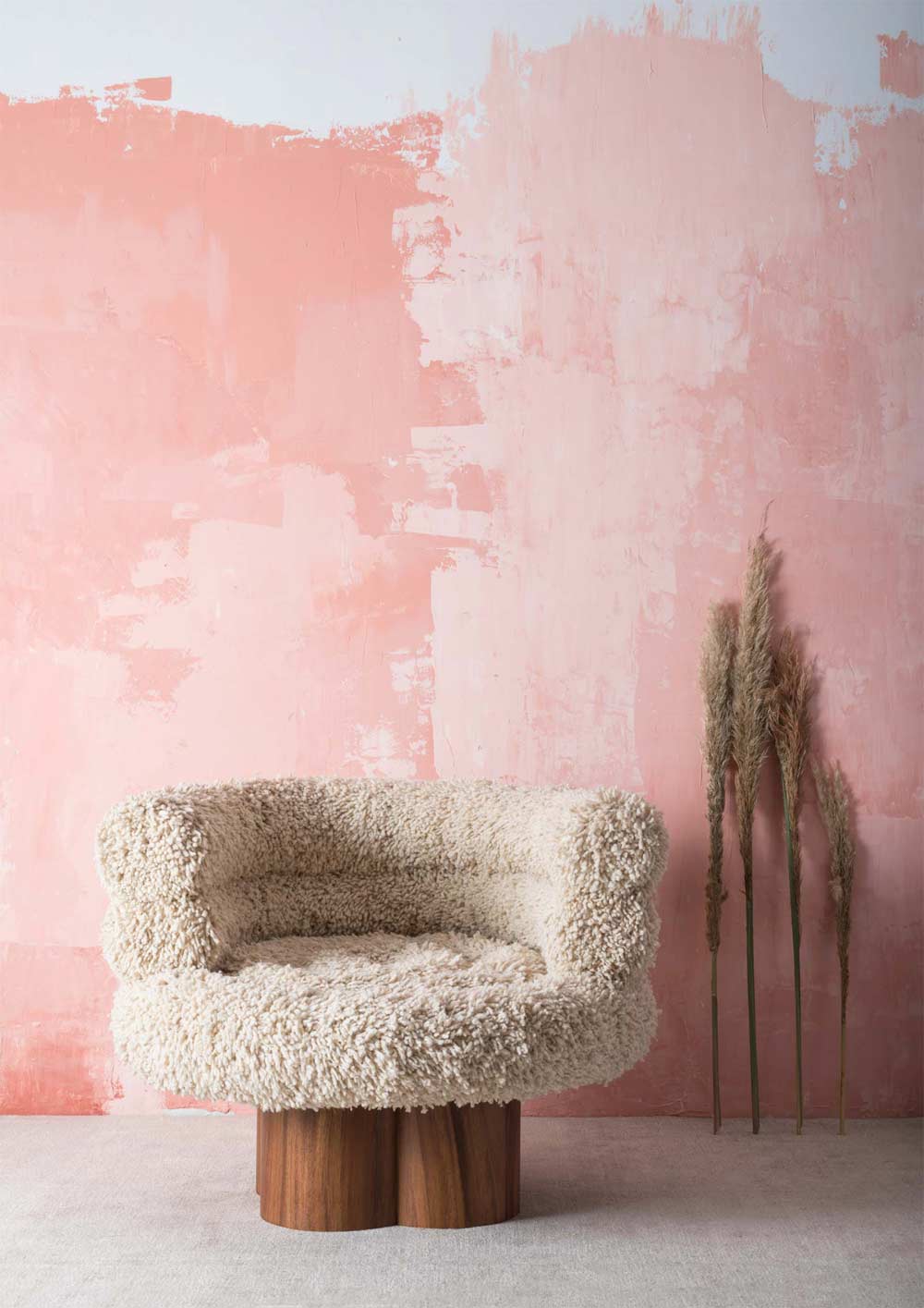 The Lana chair explores the use of Momostenango Wool in a new context. It is a special rough wool from the Guatemalan Highlands typically used for rugs and tapestries and in the chair is elevated as the main element of the object. 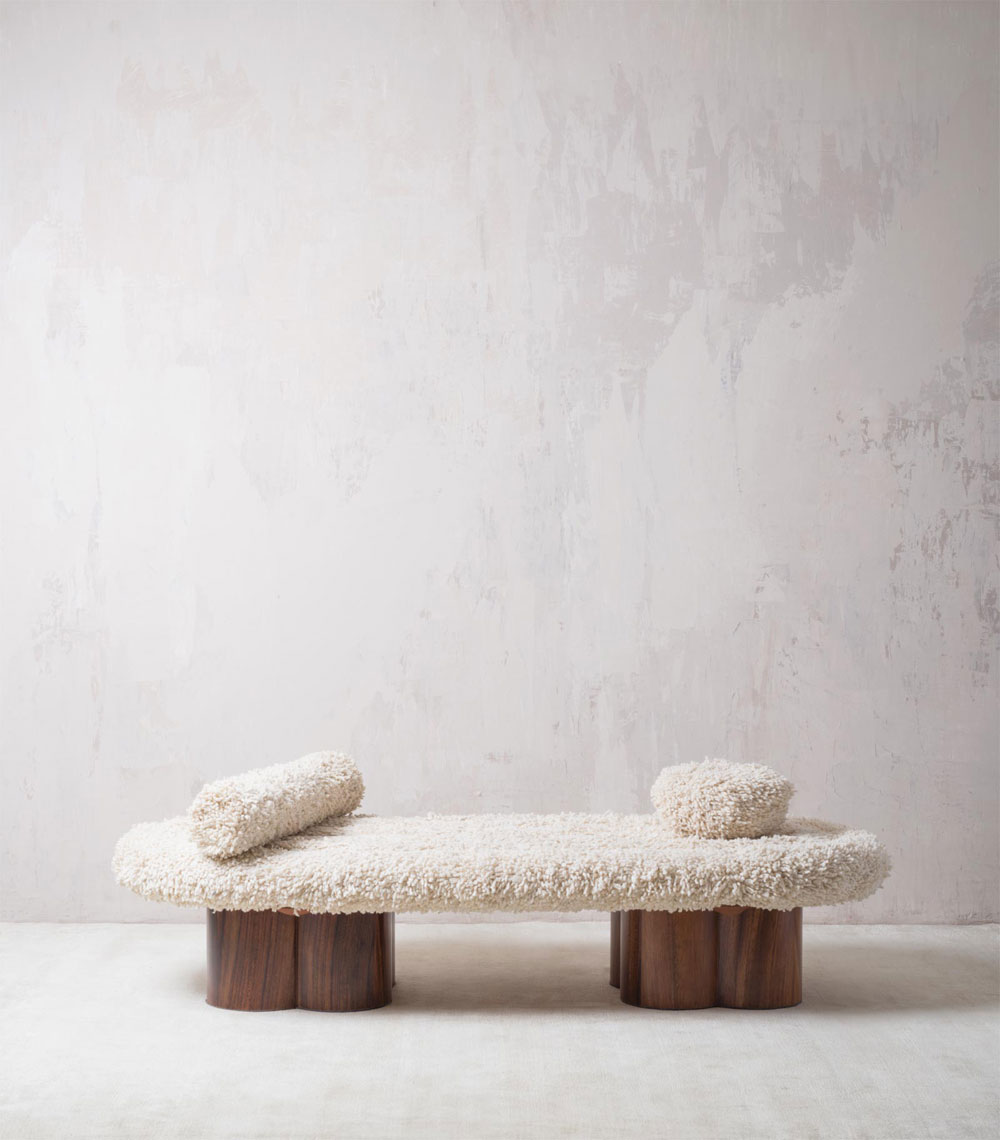 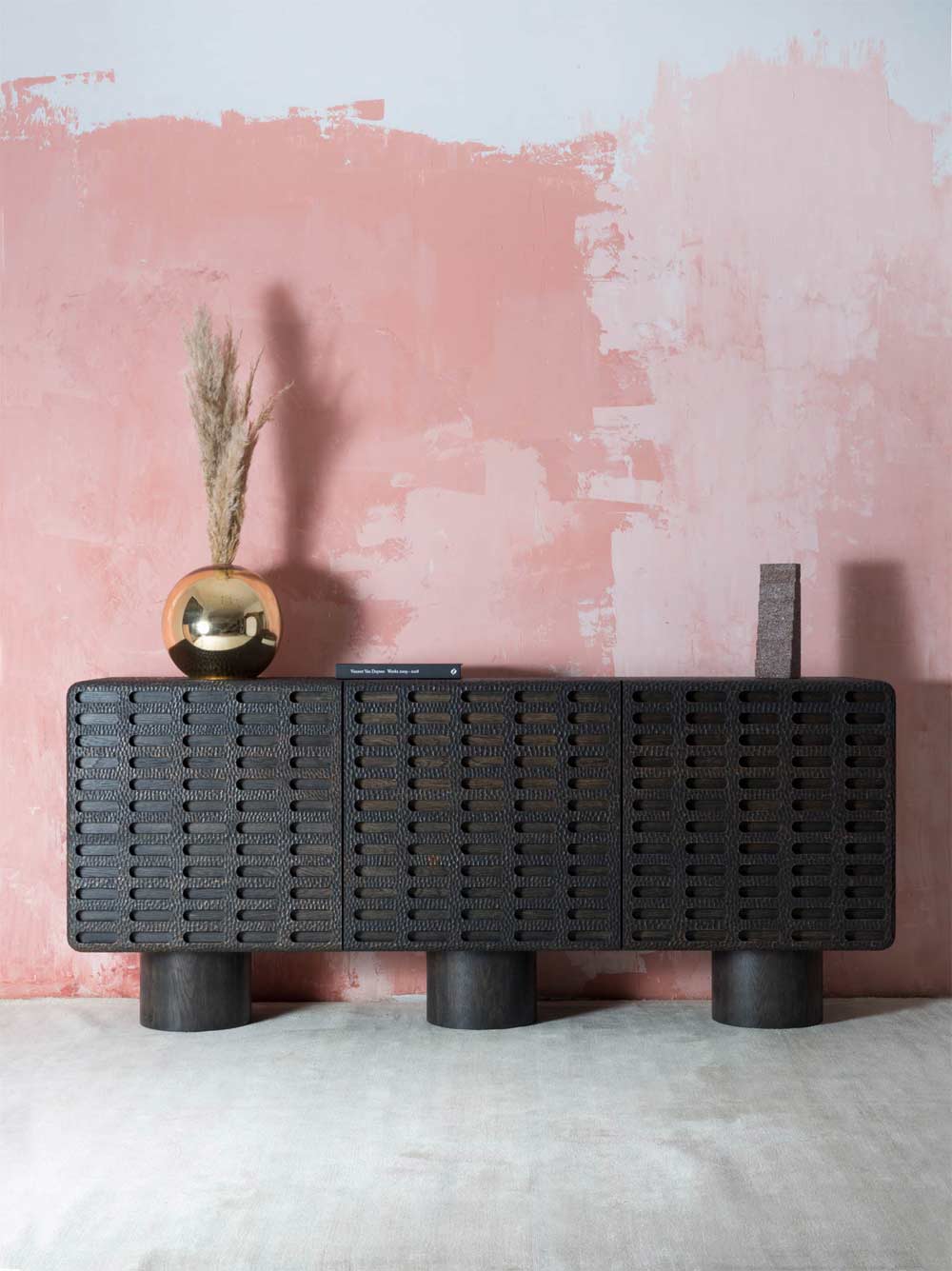 Codice Cabinet: in Latin, Codice means a chunk of wood but it also refers to hand written manuscripts. The geometrical and repetitive pattern carved in the wood cabinet is inspired by the Mayan and Aztec Codices that were written in wood bark. 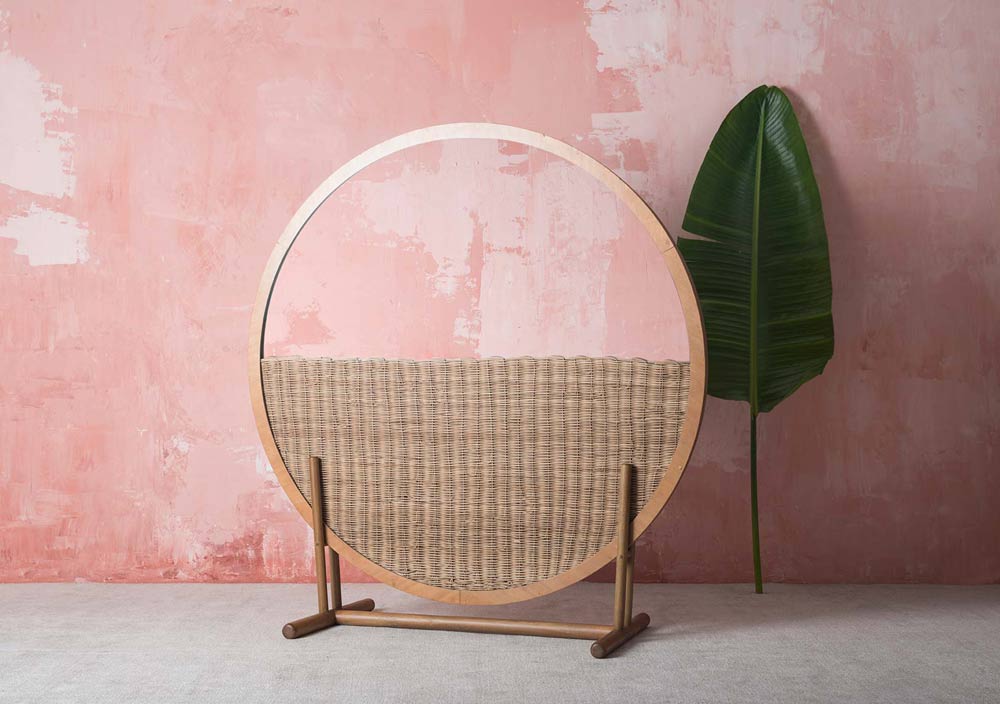 The Eclipse/Luna Screen refers to this astronomical event which was full of symbolism and mysticism in Mesoamerican cultures. 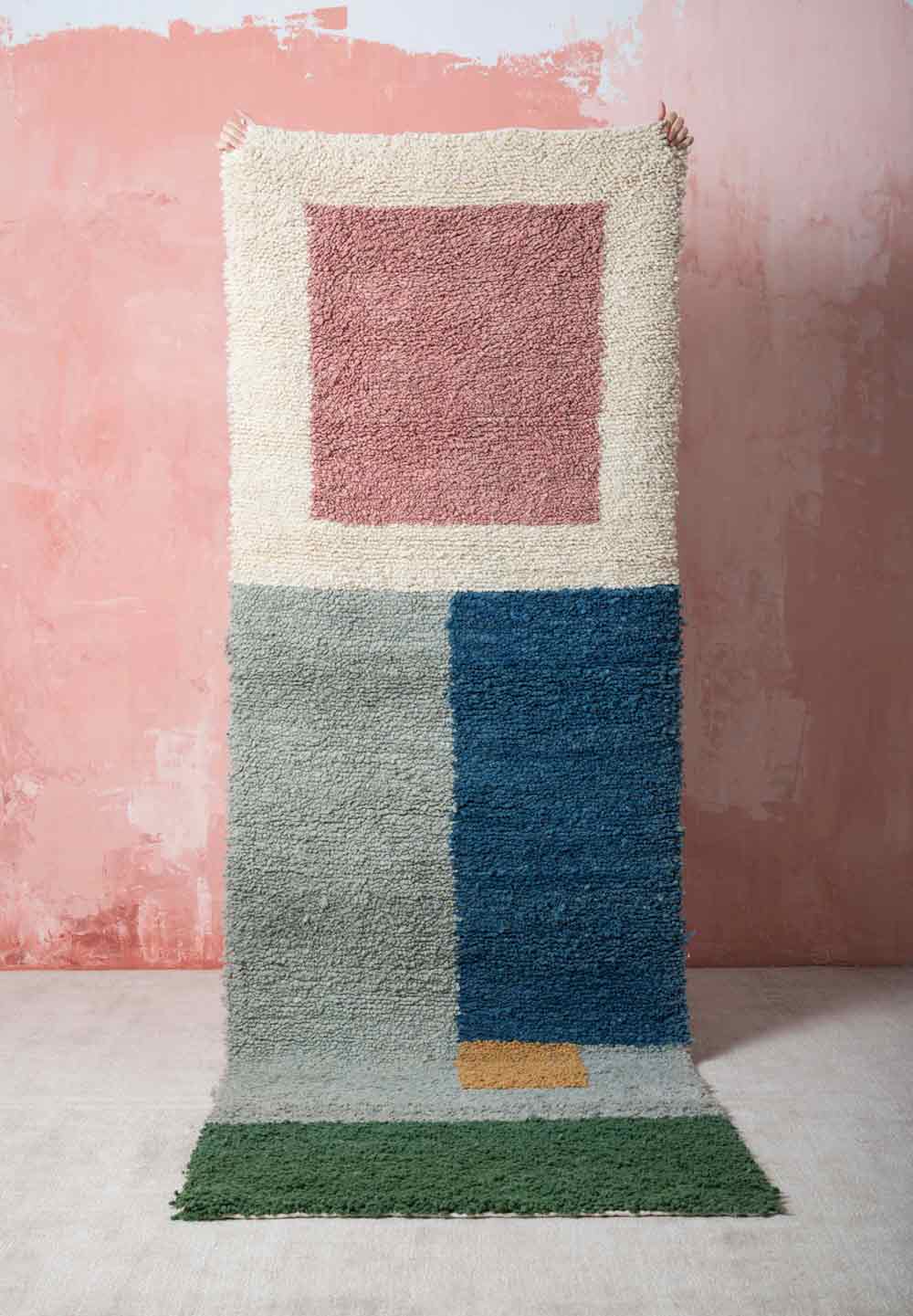 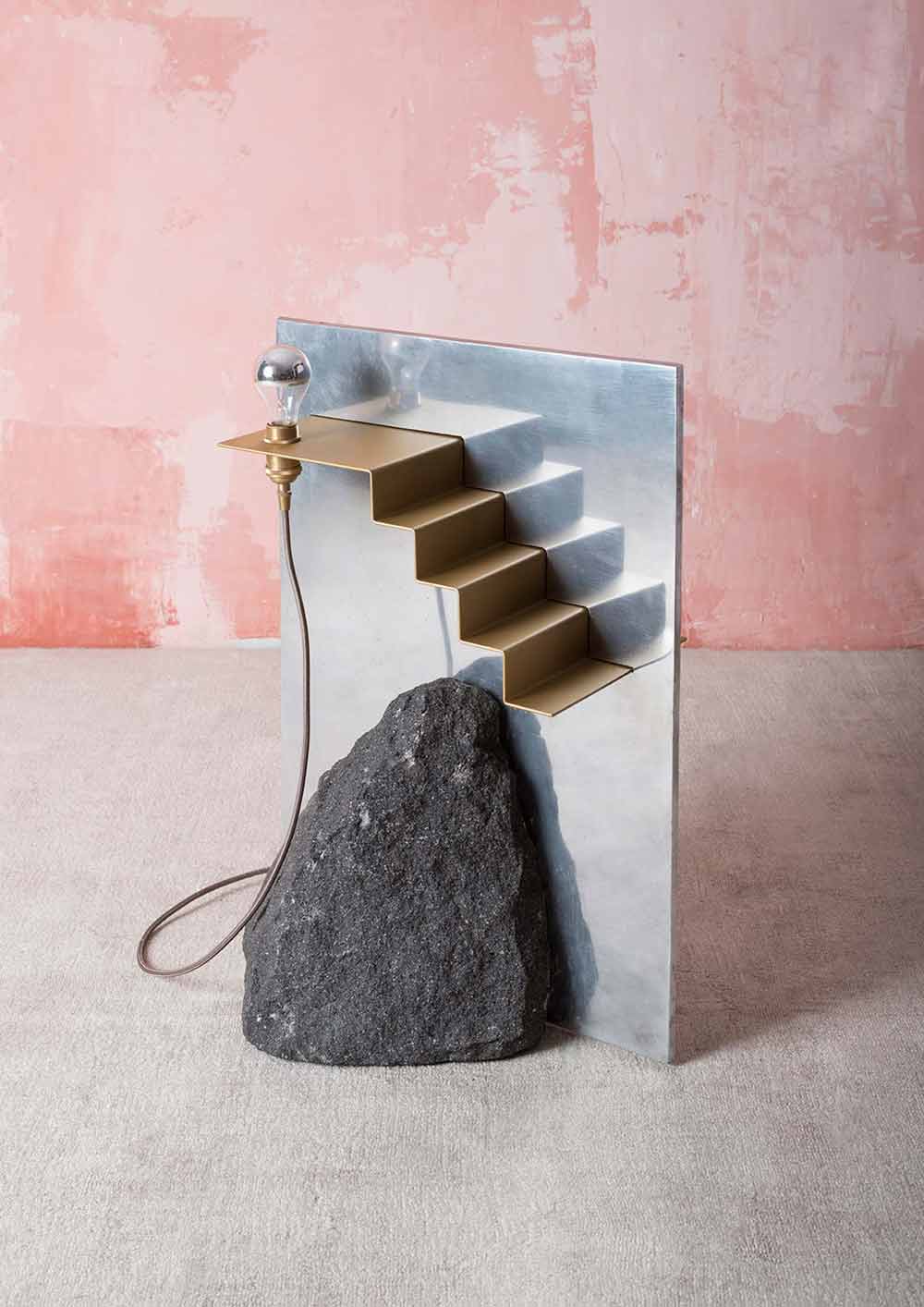 Montaña/Piramide Floor Lamp: in Mesoamerican and Mayan cultures, pyramids were built mirroring the mountains as a way to reach the Gods. 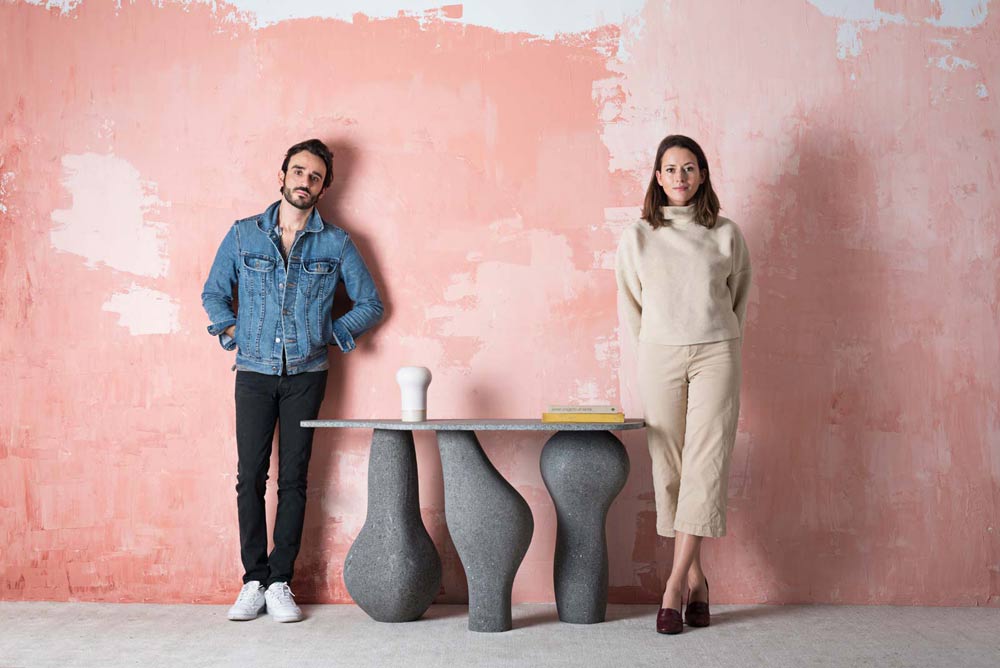