Architecture studio Azab designed a family home in Bilbao that plays with humor and surprise.

Renamed the Ready-made home, the two-bedroom apartment is located in a 1960s building overlooking a square with generous windows that go from North to South. Instead of being a limiting feature, the unusual semi-circle plan and radial partitions led the architects to conceive a flexible and open-plan layout.

“What we propose here is an unprejudiced approach to the domestic issue, where space moves away from that classic idea of a succession of specialized and segregated spaces.” 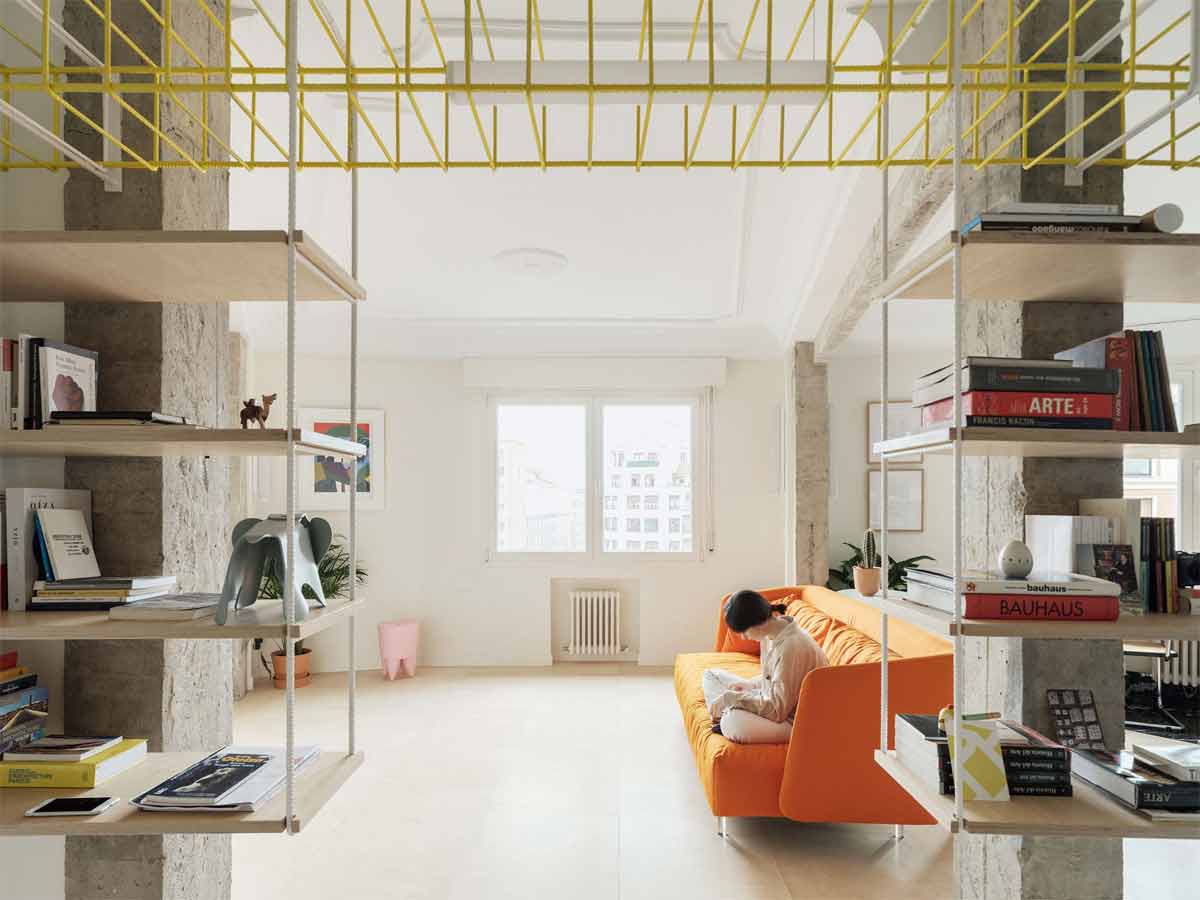 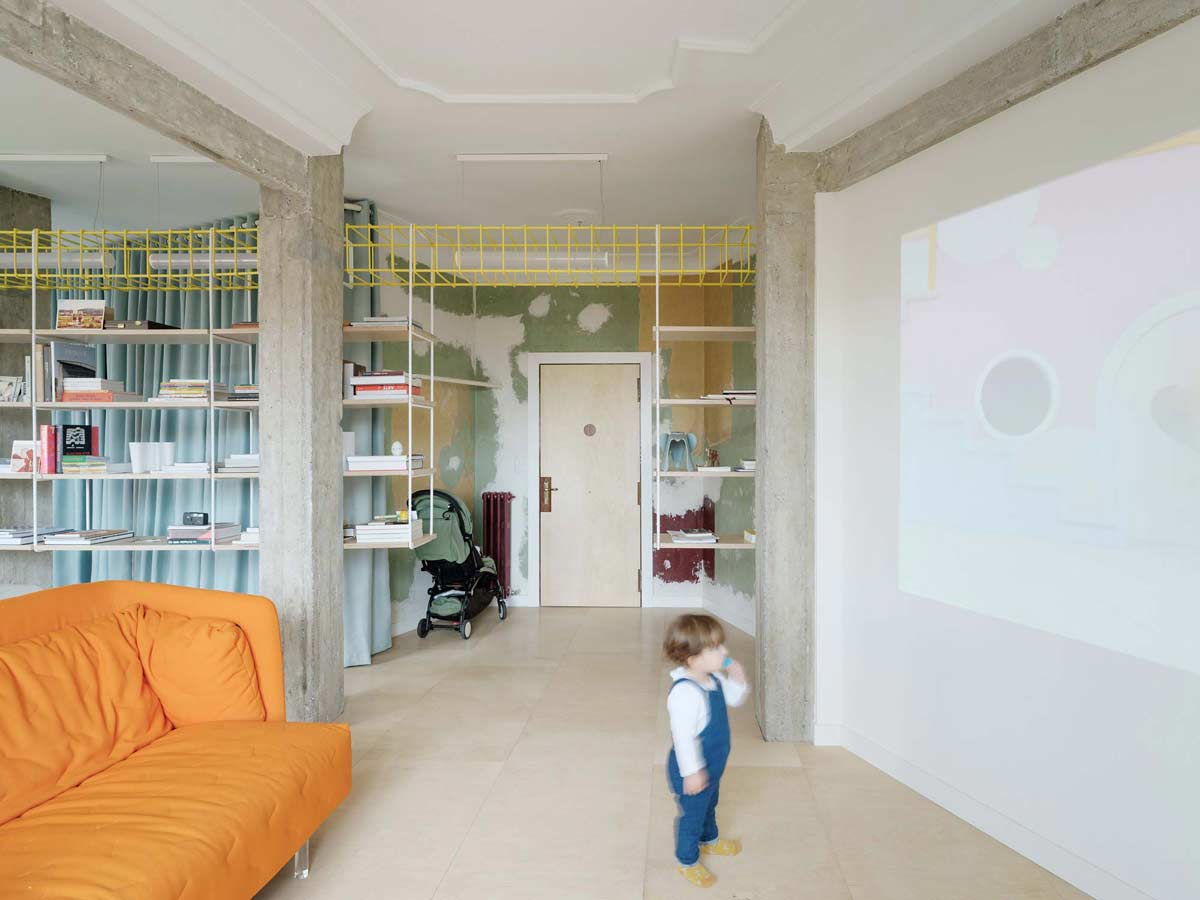 The partition walls have been removed everywhere except for the bedrooms and replaced with pale-blue curtains and furnishings. The kitchen and living room have been placed in the front part of the apartment overlooking the square, while bathrooms and storage in the back.

“The curtains have theatrical and playful connotations and invites the inhabitant to perform with it, to change the space and to play with the mysteries, contradictions and paradoxes that privacy offers us beyond morality,” said Zaib.

The steel reinforcing frame placed winding between the existing pillars has been left exposed and lacquered in yellow, thus becoming another central and decorative element of the apartment. 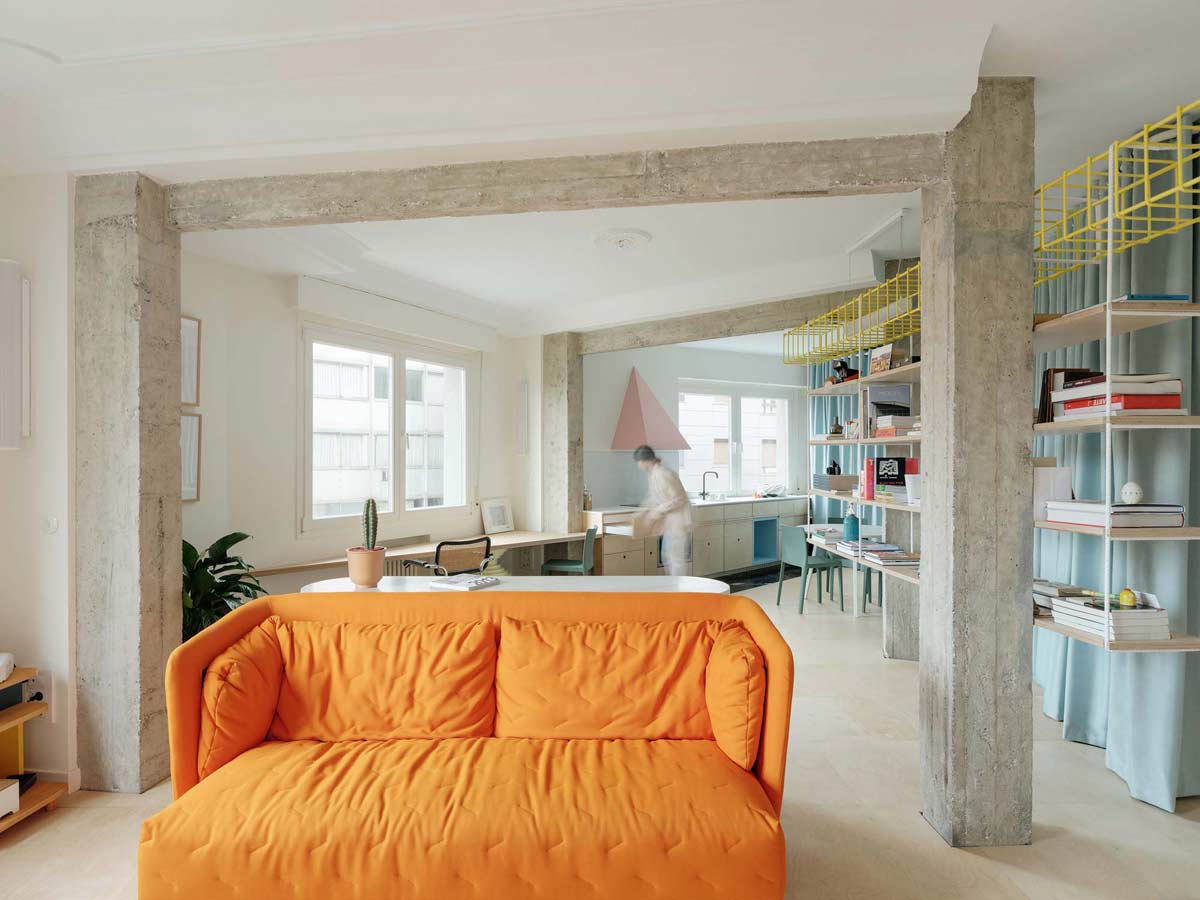 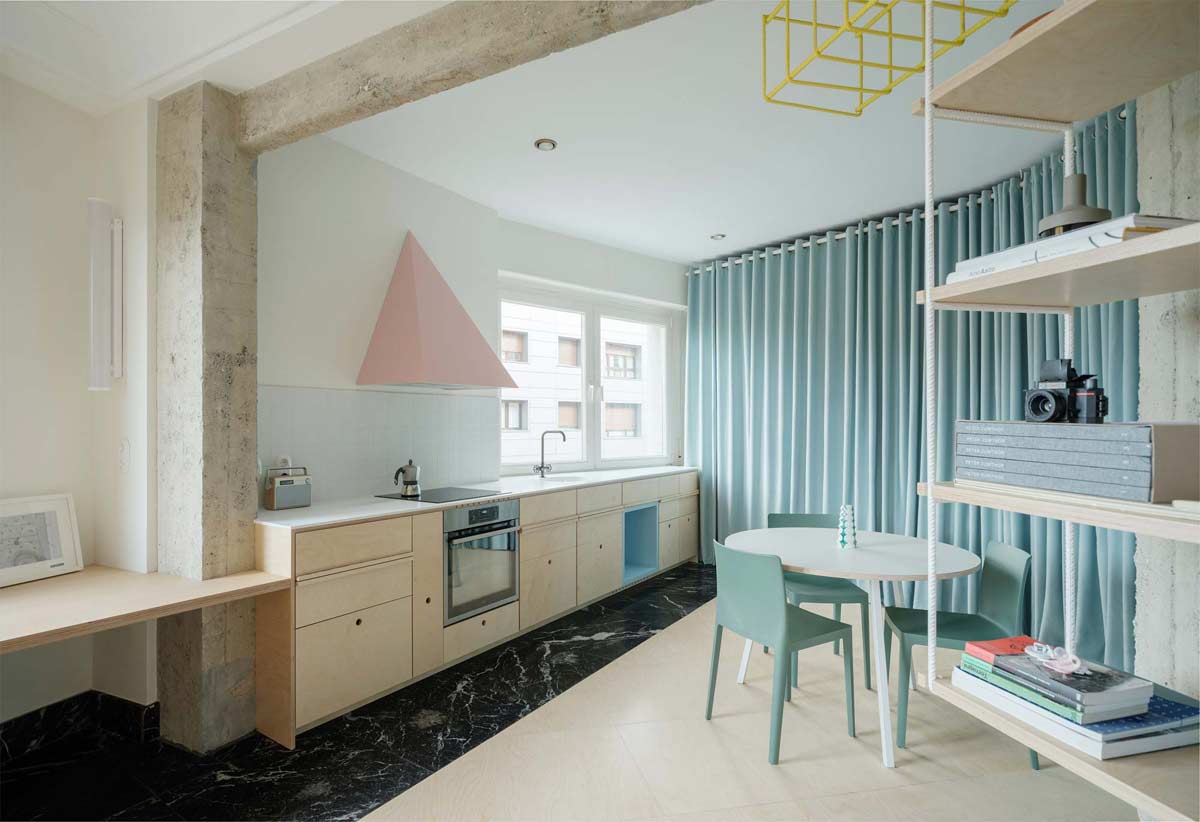 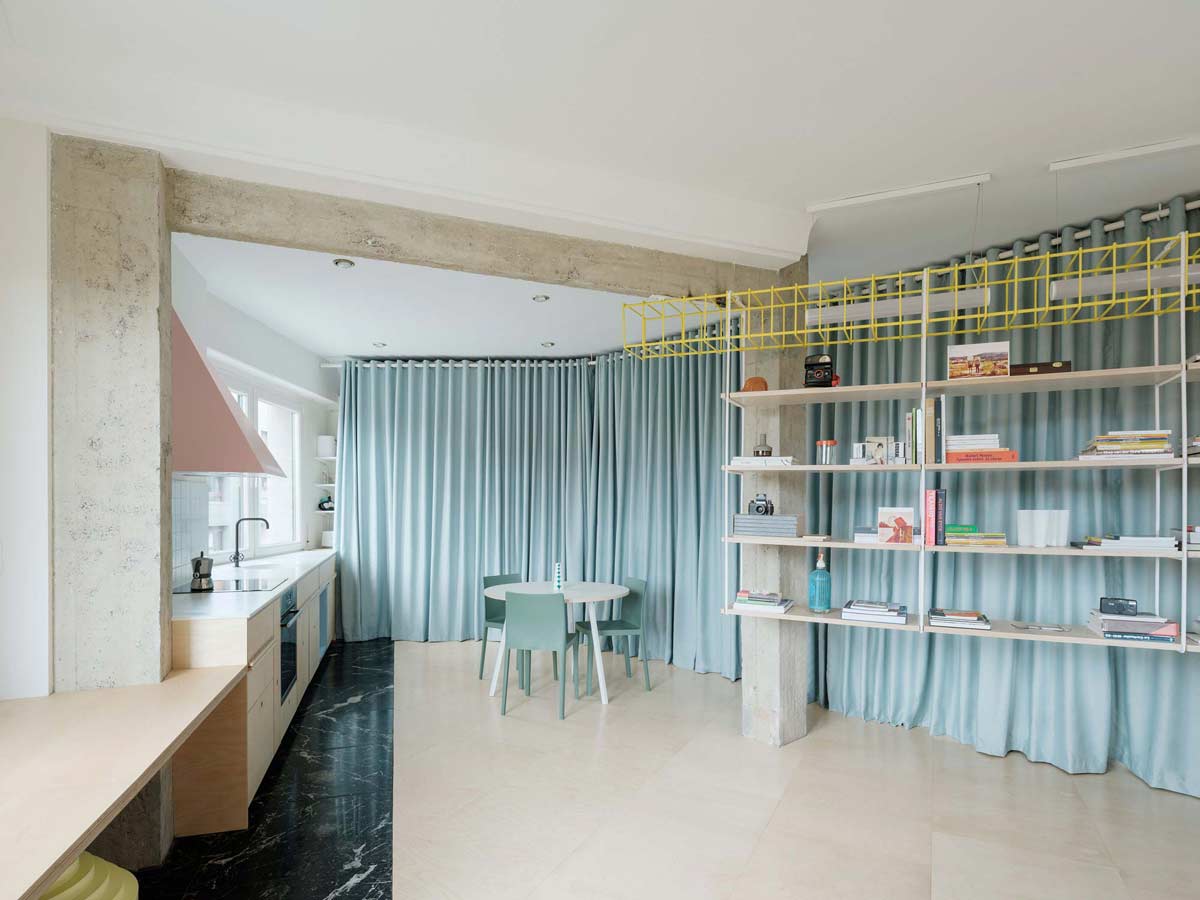 Color was also used to highlight other elements of the house, such as the blue of the doors, a baby-pink kitchen air extractor and a rescued marble countertop with its two green supporting tubes.

The marble floor that frames the kitchen like a carpet is an original element of the house that has been recovered. 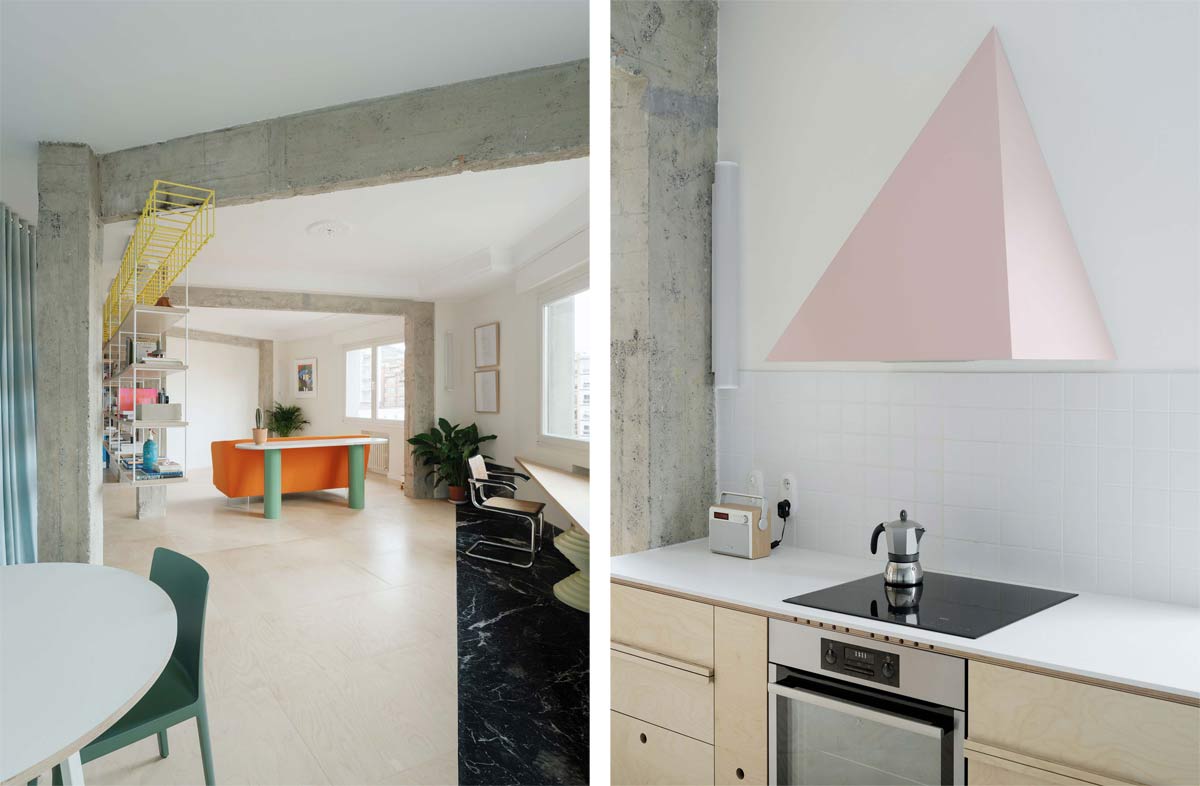 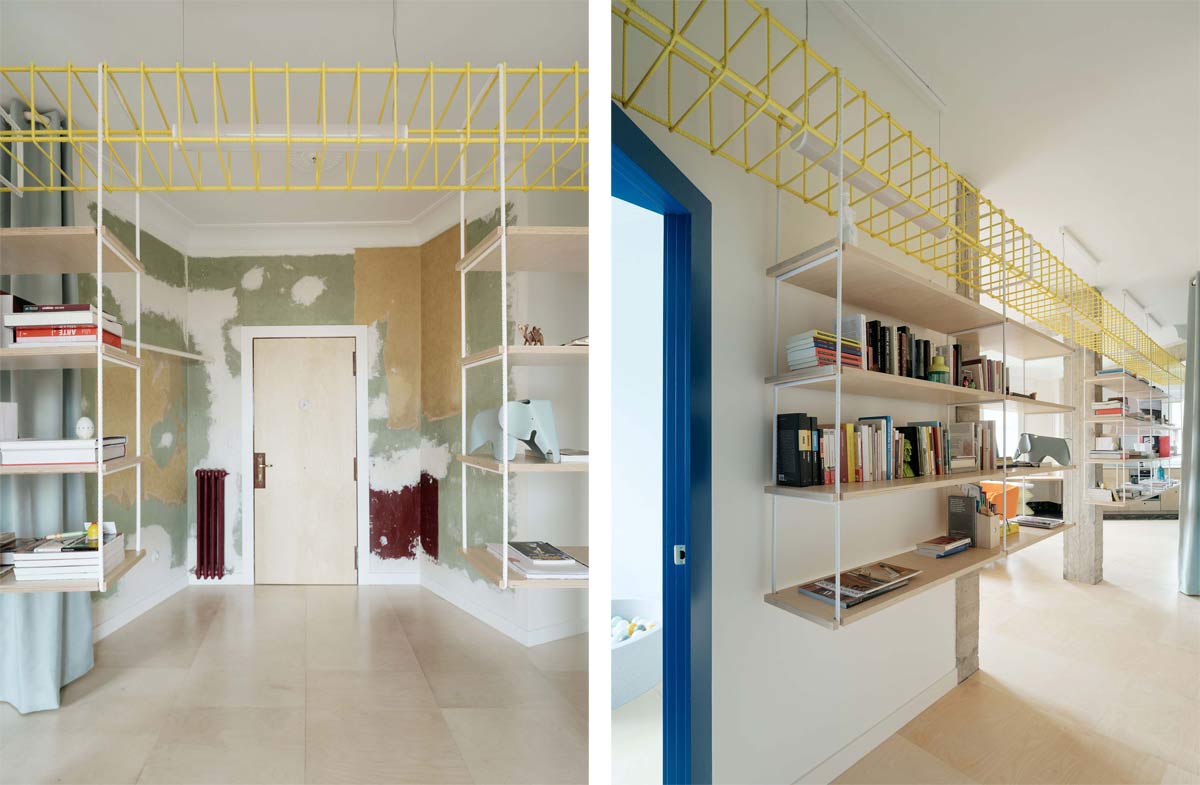 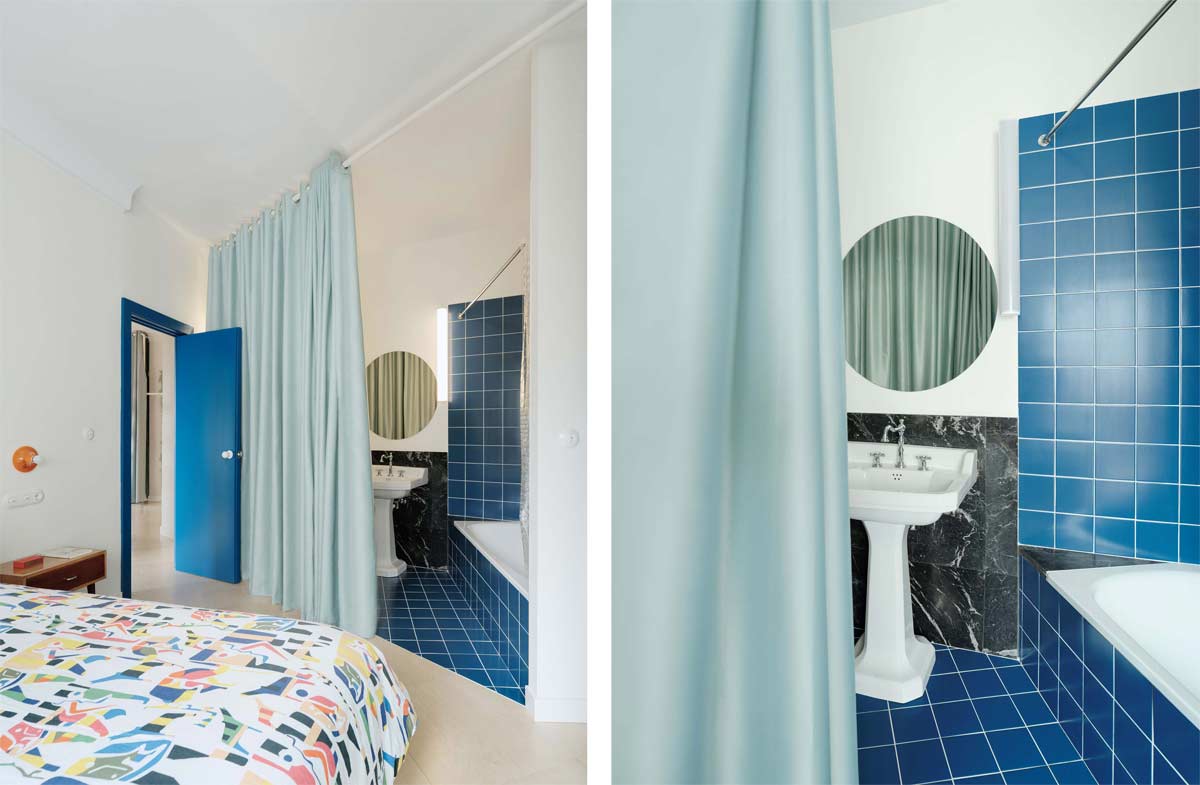